(Link to video)
This game is an epic casino game which features Fortran.
Here is more information about that little guy, from http://knowyourmeme.com/memes/fortran.
Fortran is a Mario look-alike with a pale face, red teeth, and odd-looking feet from the Chinese bootleg “Dian Shi Ma Li” or Mario Lottery. Fortran was originally part of a dead fad started by an artist at DeviantART named “TheMarioBrother” but has since broken away from Weegee and now has it’s own fad. The fad involves taking a sprite from a pirated game or creepy piece of official artwork, revamping it, giving it a name, and powers. Fortran’s signature catchphrase is “PUSH START TO RICH”, an engrish saying in the game, ! some versions of Dian Shi Ma Li have the phrase “PUSH START TO GET RICH” instead. Fortran is joked about because of his scary appearance.

It was fun to make. I've abused the random icon selecting system to RICH!!! And I've played a little music by inserting money. I'm sure it will be accepted due to an epic Internet meme.
Suggested screenshot

Mister Epic: Added YouTube module.
DarkKobold: Let me tell you a story. Once, a man walked six hundred miles. Then, he walked six hundred more.He had reached the ocean, and continued walking. He drowned approximately 5 minutes later. His body washed ashore about 10 miles downstream. The moral of the story is that if you shave on Wednesday, don't eat bread on Thursday. Also, walking is dumb.
Oh yeah, claiming for judging.
DarkKobold: You damn kids and your electronic typewriters, making you lazy rapscallion delinquents. Now-a-days, you just have to press 'start' or 'A' to rich! Back in my day, we had to walk 6 miles in 10 feet of snow, up hills both ways, if we wanted to rich. We'd get to Johnny's Convenience Store, and only have 3 nickels to spend to rich. Ol' Johnny would come see us, and tell us about his time in the War, and then he'd chase us off with a broom. I tell you, those were the simple times, before electronic typewriters, or that bannana myphone. If we wanted to make a phone call, we had to walk down to the only phone in town, which was usually in use by Maudy. Man, that woman would talk for ages about anything and everything. If you needed the town gossip, she was the one to go to. She knew the whole town's business, down to the last... 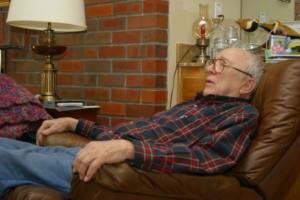 ... what? huh? Where was I? Oh yeah, you young-ins and your pressing start to rich. I'm rejecting your rich, now get off my lawn!
adelikat: This was unrejected for consideration of publication to the Vault, however it does not meet vault requirements (such as clearly completing a game, and aiming for fastest time)

Joined: 8/24/2004
Posts: 2561
Location: Sweden
HOLY SHIT! What is this? That is about how you would feel on LSD I suppose, or at least the programmers did take a great deal of this substance when making and planning this game. Or did they even plan it? It was entertainment from the very beginning and still, more than five minutes after watching. This is a YES-vote, but there should be a "WTF VOTE" somehow. Cheers!
Posted: 12/11/2010 9:04 PM
Quote

It was entertaining also about 3 hours before watching this movie. And all because I RICH! RICH OR DIE!!!
Warning: When making decisions, I try to collect as much data as possible before actually deciding. I try to abstract away and see the principles behind real world events and people's opinions. I try to generalize them and turn into something clear and reusable. I hate depending on unpredictable and having to make lottery guesses. Any problem can be solved by systems thinking and acting. If TASing is meta-play, TASVideos Movie Rules are meta-meta-play!
Posted: 12/12/2010 12:23 AM
Quote

Experienced Forum User
Joined: 10/11/2010
Posts: 19
This tool-assisted speedrun presents many moral dilemmas and ethical problems. The red color of Fortran's cap is no doubt meant to represent the communist hordes. This must be a conspiracy, because Mister Epic's avatar is the Heavy, who is Russian and thus ZOMG EXTREME COMMUNISM. Expert scholars have argued that this very TAS is meant to bring back Stalin from the grave. The necromancy in this horrible Famicom witchcraft shall not be tolerated by humanity. However, Mister Epic is indeed epic; I'll never forget that time I was starving to death and he encoded that Castlevania run that saved my life from the multiple sclerosis I mean food deficiency. Also, thousands of years ago into the future, PUSH START TO RICH has been found to contrast greatly with the Communist ideal! In short, my internal struggle over this work - is it divine, or demonic? - can be summed up by this masterful video. http://www.youtube.com/watch?v=K9i0axpPcbM BIGGEST YES* VOTE EVER *WHERE YES = NO LOLZORZ
Posted: 12/12/2010 12:53 AM
Quote

Joined: 10/27/2004
Posts: 1974
Location: Making an escape
Sometimes, when I lay asleep, I will dream of an arcade filled with games. However, these games are of such make and quality as makes me feel kind of ill. They are a special kind of bad that I can feel it in my stomach. This game is like unto those games I play in Dreamland. Please, can you keep my nightmares contained in the Land of Dreams?
A hundred years from now, they will gaze upon my work and marvel at my skills but never know my name. And that will be good enough for me.
Posted: 12/12/2010 2:46 AM
Quote

Experienced Forum User
Joined: 2/1/2008
Posts: 347
Contrary to popular belief, Mister Epic does not PUSH START TO RICH. Rather, he does the unthinkable: PUSH A TO RICH! http://www.youtube.com/watch?v=y8Kyi0WNg40 Looking at the FM2, start is indeed autofired at the beginning and then pressed once later (probably while messing with those counters, whatever they are), but A is what is pressed rapidly to make Fortran is jump. Also, Mister Epic does say "Pushes A, not START, to RICH" in the objectives
<ccfreak2k> There is no 'ctrl' button on DeHackEd's computer. DeHackEd is always in control.
Posted: 12/12/2010 5:28 AM
Quote

VOTED YES TO RICH
"Genuine self-esteem, however, consists not of causeless feelings, but of certain knowledge about yourself. It rests on the conviction that you — by your choices, effort and actions — have made yourself into the kind of person able to deal with reality. It is the conviction — based on the evidence of your own volitional functioning — that you are fundamentally able to succeed in life and, therefore, are deserving of that success." - Onkar Ghate
Posted: 12/12/2010 7:19 AM
Quote

Voting no for lack of dinosaurs, coloured or otherwise.
My current project: Something mysterious (oooooh!) My username is all lower-case letters. Please get it right :(
Posted: 12/14/2010 9:54 AM
Quote

Joined: 10/27/2004
Posts: 1974
Location: Making an escape
I dunno, but I do find this to be relevant. Last night, part of my dreams involved Kirby. Except he was made entirely of colored marshmallow and was swimming around in a pool of hot chocolate. That a bunch of other people were drinking out of. It was kind of grotesque, but he seemed to enjoy himself well enough. Certainly more fun than trying to play the arcade games that inhabit my dreams.
A hundred years from now, they will gaze upon my work and marvel at my skills but never know my name. And that will be good enough for me.
Posted: 12/14/2010 10:08 AM
Quote

The most epic rejection essay I've ever seen!
Warning: When making decisions, I try to collect as much data as possible before actually deciding. I try to abstract away and see the principles behind real world events and people's opinions. I try to generalize them and turn into something clear and reusable. I hate depending on unpredictable and having to make lottery guesses. Any problem can be solved by systems thinking and acting. If TASing is meta-play, TASVideos Movie Rules are meta-meta-play!
1 2 3