Oh hey a Spyro TAS, using Vortex oh that's nice that's like the non Exit Lev-- Goal of this TAS: After using the unlock all homeworlds cheat code Nevermind. Honestly, I was kinda expecting to basically see a "no exit" variation of this TAS when it was submitted, until you mentioned the use of cheats... and unfortunately making this a meme category. Meme category such as this goes against the cheat code rule this site has, and it actually makes it more appropriate as an April Fools submission where all the jokes come out. Just to point out what I mean by "no exit" the Exit Level is used quite a bit to get out of levels quickly. 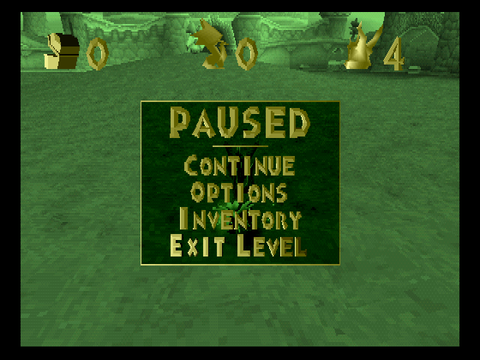 So going to end of level by taking the vortex instead of exiting out is what makes this miscellaneous category. There's always improving the current publication that exists of Spyro which I know that Nitrofski dabbling with that so you might get some information from him if you two contact him. Other than that, I'm interested to see where you two will actually take Spyro in a non-joke category as you do have the potential. Also it's not me unless there was a bit of Spiking going on, on the input. Light Spike of 17703 frames.
Disables Comments and Ratings for the YouTube account. These colours are pretty neato, and also these.
Posted: 1/6/2022 12:04 AM
(Edited: 1/6/2022 12:13 AM)
Quote

Joined: 1/4/2022
Posts: 8
Huh, I had no idea about that rule. That is a shame that it would classify this as a "meme" run and in all honesty the large community of people who run vortex would probably be offended! A fellow runner called Hummeldon made an awesome video about the category which might give you some insight into how intense this category is: https://www.youtube.com/watch?v=w-Tjn9J0tcc Nitrof does know of this TAS and I used a glitch he found with the sharp supercharges, though I am probably not interested in Spyro 1 any%. I still hope you enjoyed the TAS and the writeup, was super fun to make.
Posted: 1/6/2022 3:55 AM
Quote

Joined: 10/2/2005
Posts: 3864
Watched this with my brother and a relative (Nick and Remy). While the TAS starts off as go from point A to B and you start thinking about how much more exciting any% or 100% would be, the TAS later justifies its existence as the strategies required to go to the end fast become zanier, with my highlights being Haunted Towers and Lofty Castles. A good amount of laughs and nostalgia was had. Yes vote!
My Chiptune music, made in Famitracker: http://soundcloud.com/patashu My twitch. I stream mostly shmups & rhythm games http://twitch.tv/patashu My youtube, again shmups and rhythm games and misc stuff: http://youtube.com/user/patashu
Posted: 1/6/2022 5:12 AM
Quote

Joined: 1/6/2022
Posts: 1
On one hand I understand the rule of no cheats, but on my much bigger hand, you're being extremely elitist, talking down to the community who loves and runs this category, and going out of your way to call a category a "meme category" is quite disrespectful. Believe it or not, Vortex actually has the most active runners out of any of the Spyro 1 categories ATM. Due to the nature of any% in Spyro 1 being unbreakable in its collectable requirements, many trick category runners have flocked to Vortex due to its resemblance of other heavy trick categories, which often end up being any% (Spyro 2 any%, Spyro 3 any%, etc.) I'm not sure if you even gave the TAS a view, but if not, give it a shot. You might be surprised, there are DOZENS of exclusive tricks in this category that make it stand out from every other Spyro 1 category, The past 2 years have been extremely eventful for this category, with new tricks, routes, small movement optimizations, etc. This TAS is meant to be an accumulation of the past 2 years of the communities work. This was no "meme" or "joke" to us. Again, I understand the no cheat code rule, and we're perfectly ok with the TAS not being accepted due to that. However, your response was extremely disheartening to Wafflie & I, considering the amount of work, hours, and passion poured into it. If you're going to state why a TAS can't be accepted, consider not being so mean about it.
Posted: 1/6/2022 7:25 AM
(Edited: 1/6/2022 7:25 AM)
Quote

Honestly, was kinda down for it. Just to reference where that rule is it's here. "Cheat codes and passwords are only allowed to access harder difficulties and/or bonus content, including cosmetic improvements." Didn't look for it earlier cause it was like early and I kinda admittedly didn't want to scan through the new site to find the rule. :S Yeah, it's like a 6 year old misc category now, and probably the older generation of runners who don't really exist anymore to talk about how it came into existence. It is kinda of the only reason I still call it a "meme category" is just due to like the history I know with it back in the Sprash days (actually it was close to the separation now I think about it). I do recall watching this video roughly when it came out and like there is a lot of RTA history to it from starting as a side category. And yeah the category is one of the active Spyro categories since it's more of an A to B type run instead of being a tiny collect-a-thon. It was still enjoyable to watch, personally didn't know how to go and vote for it. I'm down to eat my words if rules do adjust for it, but who knows maybe there'll be more discoveries. Ah, that's a shame. Maybe one day in the future if you do get that Sparx of interest (I'll leave).
Disables Comments and Ratings for the YouTube account. These colours are pretty neato, and also these.
Posted: 1/6/2022 8:34 AM
(Edited: 1/6/2022 8:40 AM)
Quote

I understand that the infos that I'm about to bring were easy to miss due to technical reasons. However, since there has been a lot of work and expectations behind this submission, I would still not label it as a "meme category" or say that it should be an "April Fools joke". With that said, let's get to some clarifications: It's true that the current movie rules page tells that the usage of in-game cheats "are only allowed to access harder difficulties and/or bonus content" and also that "You are not allowed to skip levels with passwords", however it must be noted that there are some more details that used to be there that where removed recently, not because they were intentionally abolished, but because they got accidentally lost while rewriting the rules text in order to make it easier to read. You can still still access the full text of the previous rules page version here: Wiki: MovieRules/Legacy. Specifically, there are two parts of that page that I'd like everyone here to give some attention, see parts I've underlined: Any actually intended change will be included in this page: Wiki: MovieRules/History, and since there is no mention about changes for in-game cheats and passwords, it's fair to assume that spirit of the relative rules should be intended as still following their previous purpose. Specifically: For these reasons, I see that this submission is perfectly worthy of being given a chance to be considered for publication, and even if it wasn't the case, it would still deserve to go through a fair judging process and leave room for the author and the community to discuss opinions and suggestions about the rules.
my personal page - my YouTube channel - my GitHub - my Discord: ThunderAxe31#1512 <Masterjun> if you look at the "NES" in a weird angle, it actually clearly says "GBA"
Posted: 1/6/2022 10:13 AM
(Edited: 1/6/2022 10:13 AM)
Quote

I agree that using in-game codes to showcase unique gameplay is a great reason to have a movie in Moons. The main problem with codes is when all they do is give you unfair advantage. If that's not the case, there are things like [2558] SNES Super Metroid "GT code, game end glitch" by amaurea, Cpadolf, total in 14:52.88 where the code not only makes it very entertaining, but also really hard and intense! If we don't make it clear that we encourage people to use in-game codes to showcase unique, entertaining, and challenging gameplay, we should tweak the rules to say it.
Warning: When making decisions, I try to collect as much data as possible before actually deciding. I try to abstract away and see the principles behind real world events and people's opinions. I try to generalize them and turn into something clear and reusable. I hate depending on unpredictable and having to make lottery guesses. Any problem can be solved by systems thinking and acting. If TASing is meta-play, TASVideos Movie Rules are meta-meta-play!
Posted: 1/6/2022 10:17 PM
Quote

I fully support changing the rules here, but that may take some time: We have been focusing really heavily on the recent launch of the new site, finding and ironing out a lot of bugs in order to ensure that everything continues running smoothly. Staff as a whole has been devoting most of their time to that. When new site stuff has slowed down, I'm going right back to rule changes and working on a new system to objectively support many TASes like this. Until then, though, I'm absolutely willing to talk about this and clear up any misconceptions about the site rules and/or the possible (hopefully soon to be definite) acceptance of this category. Feel free to DM me on here or Discord.
TASvideos Senior Judge <3 Ask me anything! Twitter
Posted: 1/19/2022 2:03 PM
(Edited: 1/19/2022 2:07 PM)
Quote

I apologize to the authors, but someone needs to ask this question. So for everyone else. In vortex there's a total of 24 levels that have to be entered, and 23 of those levels have a vortex. In Spyro there's 24 levels that have a vortex and the only way to access that final vortex located in Gnasty's Loot (ignoring something, I'll get into a second which will be the query) is to obtain every gem, dragon and egg throughout your playthrough before entering it. In Gnasty's World there's a total of 4 methods to enter Gnasty Gnorc early; Rat Proxy, Roll Tooth, A Non-Rolling Tooth Method and Behind the Dragon's Head (Coveless). My question is, in a TAS sense would it make sense to go for Gnasty's Loot vortex to round out to what the authors described as "every end of level portal (vortex)" and is it possible to enter Gnasty's Loot early? With the second part of my question I assume that Rat Proxy would have the best chance of verifying if entering that level early is possible.
Disables Comments and Ratings for the YouTube account. These colours are pretty neato, and also these.
Posted: 2/28/2022 6:23 AM
Quote

Several years later, someone finds a method and the whole world will go into shambles. ahem Well that's good to know at the very least. They actually made that solid but made Gnasty Gnorc accessible (via non-legitimate means), lol.
Disables Comments and Ratings for the YouTube account. These colours are pretty neato, and also these.
Posted: 2/28/2022 11:58 AM
Quote

Joined: 1/4/2022
Posts: 8
Yeah the gnastys head was made earlier into development, they copied the toastys head instead of making a new one and the toasty one has no collision on it.
Posted: 4/2/2022 10:14 AM
Quote