Welcome, this is the discussion board of TASVideos.
If you have a question, please read the Site FAQ first to see if your question has already been answered.
Be sure your posts conform to Site Rules
We also have a Discord server and an IRC channel #tasvideos at irc.libera.chat...
Vote: Did you like watching this movie? (Vote after watching!)
Submission Text Full Submission Page
<< Amazing run >>
Current version: 2
Emulator used: snes9xw-improvement9
Options: default options
Take hit and use death to show funny things
More than 100 000 re-records
Why would anyone like the result?: It’s an improved version of my last run.
Aim: Show funny things and bugs
-- New programming errors and funny things to see --
- Bug with the fence (Castle 1)
- Fish in the P switch (Donut Secret 1)
- Spring double jump (Donut Secret 2)
- Invisible box in the coins bridge (Donut Secret 2)
- Multy kills with the spring (Donut Secret 2)
- Brown box become yellow (Donut Plains 3)
- Funny colors at the key hole (Vanilla Dome 1)
- Get 1UPs after bouncing on the first enemy (Chocolate Island 2)
- Dead after reaching the goal of the stage (Chocolate Island 3)
- Yellow shell become hostile after kicking it (Valley of Bowser 2)
- Very fast 1UPs with a shell (Valley of Bowser 2)
- Use the keys to pass through the ceil (Valley of Bowser 2)
- Travel in the first part without flying and using the moving platform (Castle 7)
- Amazing battle!! (Boss of Castle 7)
- Dead in the number 2 (Bowser’s Castle)
NesVideoAgent: Hi! I am a robot. I took a few screenshots of this movie and placed them here. Here goes! Feel free to clean up the list. 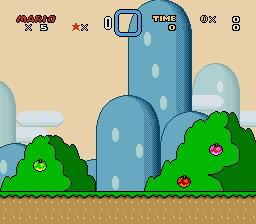 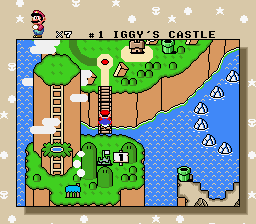 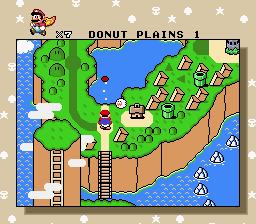 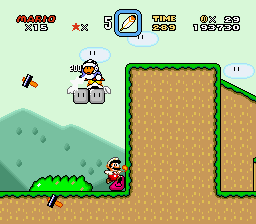 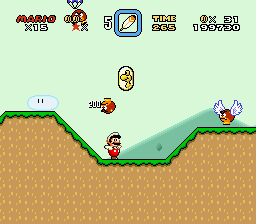 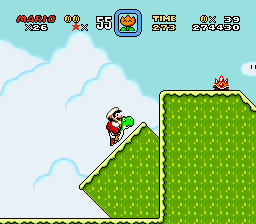 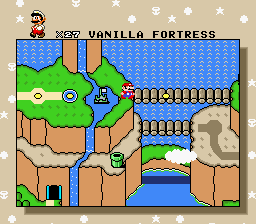 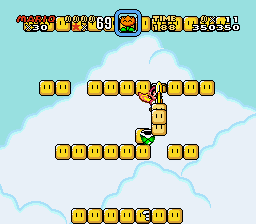 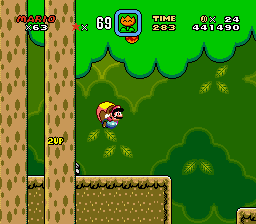 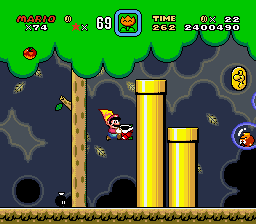 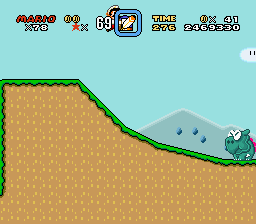 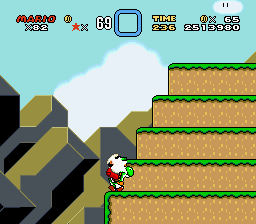 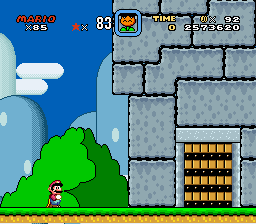 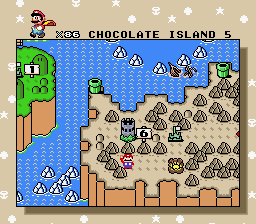 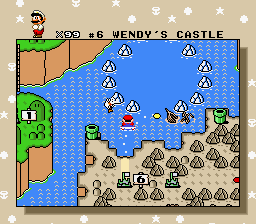 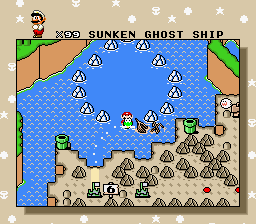 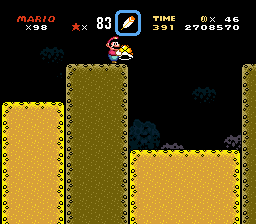 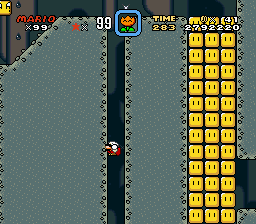 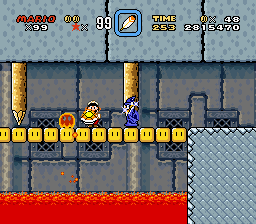 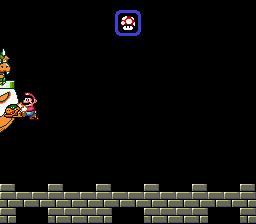 Experienced Forum User
Joined: 5/30/2007
Posts: 324
I voted Yes, and quite frankly, I'm shocked this hasn't been published yet. Not only is this movie VASTLY more entertaining than the SMB3 glitch superplay movie, but it's one of the 5 or 10 best movies I've watched on the entire site. There were numerous moments that had me simply stunned. An amazing achievement.
Posted: 1/2/2008 8:31 PM
Quote

He/Him
Experienced Forum User
Joined: 7/26/2004
Posts: 90
Location: Brazil, Sao Paulo, Campinas
Definitely Yes vote. I was VERY entertained by all the movie. Great new glitches, like carrying 2 or more items, or carrying while riding Yoshi. Not so many deaths, and most of them are really interesting, fun, and totally unexpected by the first time you watch. I also liked killing the Big Boo, the slime-ball thing, and Bowser's iron ball :) The movie is pretty similar to a Speed Run, it's very dynamic and straightforward, exploring great tricks on the way nonetheless.
The eyes of a machine are wonderful, but there's nothing like the the eyes of the heart – Old Cid, Cybercop
Posted: 1/2/2008 9:23 PM
Quote

Experienced Forum User
Joined: 1/11/2007
Posts: 279
Location: Finland, Lieksa
I didn't really want to vote a no because it is a good run. I didn't really necessarily enjoy watching it from the beginning to end but some spots were really cool, like that coin thing you did at that auto-scrolling level before Castle 4, and the Larry battle was mad! So I voted a meh.
<Deign> .dice 1d1999191023443691 <BisqBot> Deign rolls a blackhole and destroys the planet.
Posted: 1/8/2008 6:01 PM
Quote

I consider SMW and its hack SDW to be one of the best for TASing on this site. This is in the quest for fastest time there is literally an infinite amount of possible outcomes. This allows the TASer great artistic freedom to do entertaining things while still getting the fastest time possible. It(they) are almost a perfect marriage of speed & entertainment. Therefore, I consider it a bad game for a playaround. The best playaround are for games where the fastest possible time results in limitied possbilities for the game. The best games then are ones with a lot of entertaing aspects that are unable to be shown in a true speedrun. 5 movies of the SMW/SDW games show a wealth of glitches, trick and possibilities. The SMW 96 run is currently a little outdated but the other 4 show almost every trick shown in this run. In addition, they show a greater master of these tricks and an overall superior technical quality. I look at this run as more of a blueprint/brainstorming for a new 96 exit run. Most of the tricks/glitches can be done without losing time Here are some thoughts I had while watching: Early on = pseudo aiming for time? not so interesting. Up to fortress 1 is actually more boring than what I remember from v1. Holding p block with yoshi = New to me. But probably can be done without losing time in a 96 exit run. At very least, it is just an extension of a concept already done. Fortress 2 - ascending without a cape by the use of wall jumps. Neat but already done in the small only run. Nice coin trick by trapping a turtle shell at around frame 60,000. But this was done in an auto-scroller. Again, this could be done in a fastest time run. Bonus room at around 79000 - excellent. Shows something impressive that couldn't be done if a speedrun. This moment is the biggest argument in favor of a playaround movie. JXQ's post was very informative and I agree with most everything he said as well. There were other nice antics here and there that would cost time in a speedrun. Overall though, I don't think there are enough. Therefore, I am rejecting this run. 1) It fails to show the depth of this game compared to published movies which could be fixed in a v3 perhaps. 2) Bad game for a playaround because most of your arsenal is already done in movies that aim for fastest time.
It's hard to look this good. My TAS projects
Posted: 1/8/2008 6:40 PM
Quote

Joined: 3/10/2004
Posts: 7698
Location: Finland
I have to agree: If a trick can be done without losing time, it makes absolutely no sense to waste that time, especially not in a 45-minute run. (In a 5-minute run it might be ok, and even there it should serve a purpose instead of just wasting time for the sake of wasting time). If you are going for entertainment, don't bore your viewers with a 45-minute video. The game is not *that* varied.
Posted: 8/22/2010 7:58 PM
Quote