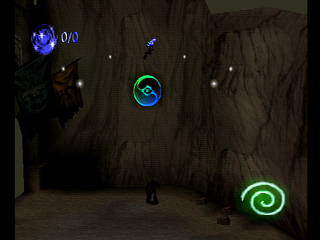 Watch Download (.bk2)
Author notes Discuss
7.37 / 10 Votes: 5
Legacy of Kain: Soul Reaver is an action-adventure game developed by Crystal Dynamics and published by Eidos Interactive for the PlayStation and PC in 1999. It is the sequel to Blood Omen: Legacy of Kain, taking place 1500 years after the events of the first game. You control Raziel, a vampire who has been turned into a wraith, revived by The Elder God in order to exact revenge against Kain, the person who killed him.
In this run, mamuuuut & lapogne36 make quick work of this game by abusing multiple glitches to skip the majority of the game, making it look silly in the process.
Published on 11/19/2017
See full publication history
Game:
Legacy of Kain: Soul Reaver
Genres:
Action
Adventure