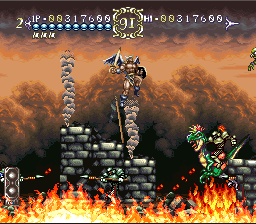 Watch on YouTube
Author notes Discuss
6.67 / 10
Published on 6/3/2012
ActRaiser 2 (アクトレイザー2 沈黙への聖戦) is the sequel to the popular game ActRaiser. You have to go through many stages strewn with obstacles and enemies of all kinds. You play an angel who fights against the demonic forces using his trusty sword.
Read more about this TAS in the author's comments.
If you want to see other ActRaiser tool-assisted speedruns, there's one here and another one here.
See full publication history
Game:
ActRaiser 2
Genres:
Platformer 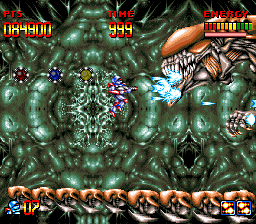 Watch on YouTube
Author notes Discuss
7.05 / 10
Published on 12/5/2007
Super Turrican (1993) is the fifth game of Turrican series, popular in the times of C64 and Amiga. It features Contra-like run'n'gun action crossbred with Metroid-esque exploration-driven level design and character abilities, while also being quite colorful and having remarkable soundtrack.
Here you see this game completed as fast as possible without regard to finding secrets.
Despite having the same name as its NES counterpart, it's not the same game. Curiously, while this version was made without Manfred Trenz (the original Turrican series designer/developer), the NES one was produced by him alone.
See full publication history
Game:
Super Turrican
Genres:
Action
Platformer