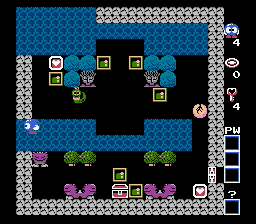 Watch Download (.fmv)
Author notes Discuss
5.24 / 10 Votes: 17
Eggerland is a predecessor of the NES Adventures of Lolo games, and in certain ways, it has much more features than Adventures of Lolo 1. The author has explained the game (and the movie) very well, so we recommend reading his comments.
This movie abuses a couple of the game bugs in a surprising way.
Note that this is a Famicom Disk System game. Read What is FDS for more information.
Published on 10/9/2004 12:00 AM
See full publication history
Game:
Eggerland
Genres:
Adventure
Puzzle

Watch Download (.vbm)
Author notes Discuss
7.37 / 10 Votes: 29
Another installment of the Mega Man series. Unlike some of the other games in the Mega Man series, this one is quite solid and has no noteworthy glitches in it. Despite that though, many creative techniques were employed by Bag of Magic Food to beat each level as fast as possible. There is also many near misses of enemy fire in this game, making it very enjoyable to watch.
For those of you who enjoy listening to the music, the background music in this one is quite good, and the sound quality is much better than previous Mega Man games for the system.
This run was done on the Japanese version, Rockman World 3 (ロックマンワールド３).
Published on 11/26/2006 12:00 AM
See full publication history
Game:
Mega Man III
Genres:
Action
Platformer

Watch Download (.vbm)
Author notes Discuss
6.42 / 10 Votes: 35
This game, also known as Rockman World (ロックマンワールド), is the first of a GB series of Mega Man games.
The Game Boy series is a little different from the NES series in that there are only four Robot Masters to fight at the start. Those four are borrowed from the NES game of the same number, while four more Robot Masters from the next NES game guard Dr. Wily’s fortress. Game Boy Wily also likes to have a backup fortress in space after his first one is beaten. Another recurring concept in the Game Boy games is a ninth robot boss unique to the game who gives you a new weapon that is usually the only weapon effective against the final boss.
We recommend reading the author’s comments of this movie ― there is a lot of it.
Published on 5/9/2005 12:00 AM
See full publication history
Game:
Mega Man: Dr. Wily's Revenge
Genres:
Action
Platformer 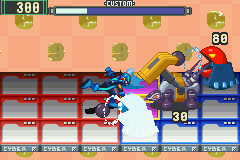 Watch Download (.vbm)
Author notes Discuss
6.73 / 10 Votes: 15
Imagine Mega Man as an RPG set in an alternate universe where he and his fellow robots aren't robots but computer programs, and you end up with this series - but even this unique take on the premise is no barrier to continuing TASVideos' long history of quality Mega Man runs.
If you care to know more about the run, be sure to read the extremely long set of author's comments (which comprise, in fact, the longest such set of comments on the site - you have been warned). We also have a run for the second game in the series.
Published on 7/5/2010 12:00 AM
See full publication history
Game:
Mega Man Battle Network
Genres:
Action
RPG 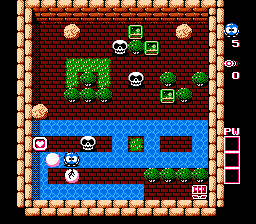 Watch Download (.fm2)
Author notes Discuss
6.18 / 10 Votes: 5
Adventures of Lolo 2 is the second game in the popular Lolo-series.
This run aims to beat every room as fast as possible, often by strategies the game developers had not intended, including glitch abuse.
This is an improvement of 16.05 seconds over the previous movie, thanks to better optimisation.
Watch this run being played back on a real console.
Published on 7/22/2018 12:00 AM
Obsoletes:
NES Adventures of Lolo 2 by hanzou in 23:31.52 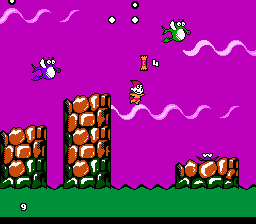 Watch Download (.fm2)
Author notes Discuss
5.43 / 10 Votes: 9
Linus Spacehead's Cosmic Crusade is an unlicensed Nintendo game by Codemasters, which is also available licensed on the Genesis as Cosmic Spacehead. The game features a mix of adventure and side-scrolling action.
Here is the plot, according to Wikipedia:

Linus is an alien from the planet Linoleum who crashed into the legendary planet Earth. After returning home and expecting a hero's welcome, Linus soon found his fellow Linomen were skeptical of the existence of the so-called "planet Earth" and decides to return to it, this time with a camera. However, he is flat on the planets' currency, Linobucks, and must deal across the planet to get a new cosmic car and a camera. In his adventures, Linus deals himself out of Linoleum, quashes a robot revolution in Detroitica and gets gas from an abandoned space station.

In this run, watch Bag of Magic Food breeze through this game in just under half an hour with precise playing and some glitches. For plenty of details, including transcriptions of the amusing pieces of dialogue in this game, read the author's lengthy comments.
Published on 1/11/2011 12:00 AM
See full publication history
Game:
Linus Spacehead's Cosmic Crusade
Genres:
Adventure
Platformer
Unofficial game 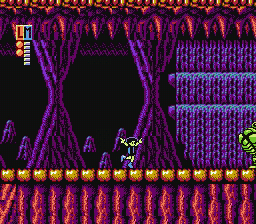 Watch Download (.fcm)
Author notes Discuss
6.18 / 10 Votes: 26
Totally Rad, also known as Magic John in Japan, regales the odd story of a boy who learns to use magic from a magician. Shady storyline aside, this movie displays many speedy techniques using the protagonist's magical transformations.
For a much more detailed and whimsical description of all that happens in this publication, Bag of Magic Food's submission text is not one to be missed.
Published on 9/18/2006 12:00 AM
See full publication history
Game:
Totally Rad
Genres:
Action
Platformer