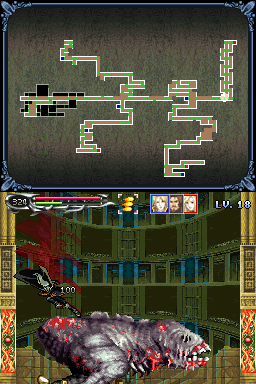 Watch on YouTube
Author notes Discuss
8.25 / 10
Castlevania: Dawn of Sorrow (2005), the first installment of Castlevania on Nintendo DS, is a direct sequel to GBA hit Castlevania: Aria of Sorrow.
Like its predecessor, after finishing the game, you can choose to ignore pretty-boy Soma Cruz and instead play as Julius Belmont. Unfortunately, it seems that Julius's skills have waned a bit since his last appearance. Yoko Belnades and Alucard easily pick up the slack, though.
This run avoids the use of large-skip glitches that can be seen in our other run of Julius in Dawn of Sorrow, showing off more of the game.
Published on 7/28/2012 12:00 AM
See full publication history
Game:
Castlevania: Dawn of Sorrow
Genres:
Action
Platformer
RPG 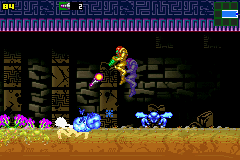 Watch on YouTube
Author notes Discuss
8.79 / 10
Metroid: Zero Mission is a retelling of Metroid with new plot twists and updated gameplay.
This run aims to complete the game as quickly as possible while collecting as few items as possible. This changes the gameplay, requiring more careful ammo management and new solutions to complete certain areas without powerups. Reading the author's comments is recommended.
The in-game clear time is 0:23:48. The item collection rate is 9%.
Published on 4/3/2012 12:00 AM
See full publication history
Game:
Metroid: Zero Mission
Genres:
Action
Adventure
Platformer 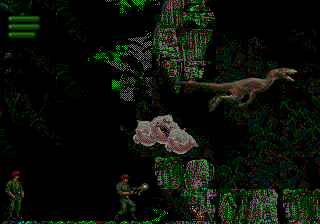 Watch on YouTube
Author notes Discuss
6.04 / 10
This is a raptor movie of the Genesis version of Jurassic Park, which is completely different from the SNES version. In this game, you can choose between Grant and the raptor, each with his own set of levels. Grant's levels are like Prince of Persia except with dinosaurs and better weapons. The raptor's levels go by much faster.
The collision detection is quite buggy, and the author takes advantage of this.
This is a 12.34 second improvement on the previous movie, almost all of the improvement coming from better optimization.
Published on 3/6/2010 12:00 AM
Obsoletes:
Genesis Jurassic Park "Raptor" by IdeaMagnate in 02:43.37 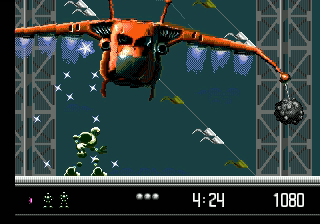 Watch on YouTube
Author notes Discuss
7.54 / 10
Vectorman (1995) is one of the later games for Genesis; it sports multiple gameplay modes, pre-rendered 3D models and some very nice visual effects.
According to its plot, the Earth's population decided they have polluted it enough, and migrated elsewhere, leaving robots made of orbs ("orbots") behind to clean up the mess. One of the higher level orbots gets his head accidentally attached to a nuclear warhead, goes insane and usurps total control over all mechanical beings left on the planet. This is the state the main hero, orbot Vectorman, finds it in after returning from one of his garbage discharging missions.
This is an improvement of 36 seconds over the previous movie.
Published on 5/13/2010 12:00 AM
Obsoletes:
Genesis Vectorman by mmbossman in 11:41.75 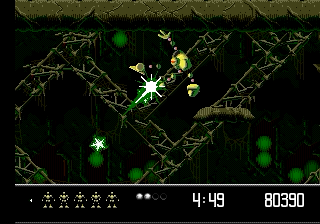 Watch on YouTube
Author notes Discuss
7.87 / 10
Vectorman 2 is a somewhat darker sequel to the original game involving Vectorman, an "orbot" (robot made of orbs). In this game, Vectorman's sludge barge suddenly gets blasted by a missile. He escapes and ends up in a place infested by mutant insects led by the horrendous Black Widow Queen, whose plan is to take over the Earth and kill all humans, as expected.
This is an improvement of nearly 26 seconds over mmbossman's previous movie. Time savings come from better optimization, lag reduction, and a new trick that effectively allows triple jumping. The author's comments explain the improvements in greater detail.
Published on 3/31/2012 12:00 AM
Obsoletes:
Genesis Vectorman 2 by mmbossman in 09:01.57 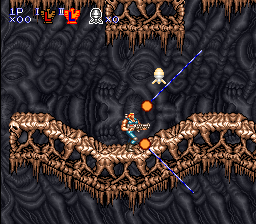 Watch on YouTube
Author notes Discuss
7.15 / 10
One of the best (and best known) shooters of the 16-bit era, Contra III: The Alien Wars forgoes any semblance of plot devices in favor of good old fashioned shooting and platforming with some tough as nails bosses, especially in this, the hardest mode.
Apparently not happy with an already amazing movie, Cpadolf felt the need to go on yet another black op, optimizing his distortions of space and time on the way to a 173 frame improvement.
This movie uses a 'warping' glitch to complete the game. There is also the 2-player version, which does not.
Note: There is also a lossless encode available in the discussion thread.
Published on 6/14/2009 12:00 AM
Obsoletes:
SNES Contra III: The Alien Wars "game end glitch" by Cpadolf in 03:23.27 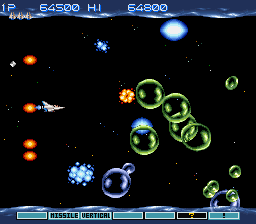 Watch on YouTube
Author notes Discuss
7.48 / 10
As you might know, Konami realised they went a little overboard with the difficulty of the arcade version of Gradius III, so the SNES port got noticeably easier (and laggier). However, it still remains one of the hardest and most unforgiving shoot 'em ups released in its era.
This is Cpadolf's take at the shmupping carnage, resulting in a significant improvement in both speed and style over the previous movie by Krocketneo. In total, 2 minutes 53 seconds are saved thanks to lag reduction and faster boss fights. The author also kills a greater percentage of enemies (still not fully 100%, though — read the comments for more details).
The game is completed in Arcade mode (still a far cry from the actual arcade game), which is accessed by tapping A on the main menu screen. It is strongly recommended to read the congratulatory text appearing after the end credits. ;)
Published on 5/26/2008 12:00 AM
Obsoletes:
SNES Gradius III by KRocketneo in 28:24.00 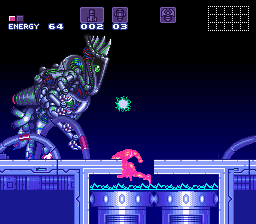 Watch on YouTube
Author notes Discuss
8.16 / 10
Metroid Super ZeroMission is a Super Metroid hack that is heavily based on the GBA game Metroid: Zero Mission, inspiring modifications of the game engine, graphics, and maps.
In this run, the author, cpadolf, improves on Hoandjzj's canceled run by over 4 minutes by using a new route and many new tricks and glitches. For more details, as always, please read the author's notes.
This run aims to reach the ending as fast as possible and so skips most of the items. If you're looking to watch a run that clears everything in the game, watch this run.
Published on 8/5/2011 12:00 AM
See full publication history
Game:
Metroid Super ZeroMission
Genres:
Platformer
Unofficial game

SNES The Addams Family: Pugsley's Scavenger Hunt by Cpadolf in 13:11.05 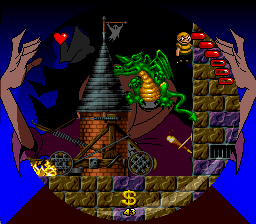 Watch on YouTube
Author notes Discuss
7.34 / 10
Pugsley's scavenger hunt is an extremely fast paced game, which makes it difficult. It is made even more difficult by playing on the hardest setting, which gives Pugsley only one single heart, meaning that he dies in one hit. The movie itself looks very impressive and it really gives the impression that the player knows what he is doing.
This is an improvement of 00:47.58 seconds over the previous movie.
Published on 10/23/2009 12:00 AM
Obsoletes:
SNES The Addams Family: Pugsley's Scavenger Hunt by Blublu in 13:58.63 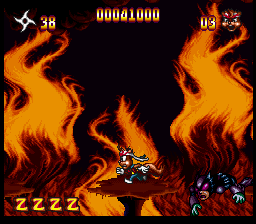 Watch on YouTube
Author notes Discuss
7.5 / 10
This game has many qualities that make it a good candidate for TASing. These include soft, pleasing graphics, music that's not painful to listen to, and of course, a very speedy main character. Unfortunately, some of the game's bosses have long invulnerability periods, meaning that Zero has to wait a bit between hits and cannot spam the bosses with 30 hits per second.
The game is not meant to be quite as straightforward as it would seem by watching this movie, as the author takes many shortcuts that require extremely precise jumping. This is an improvement of well over a minute and a half due to better optimization and new shortcuts and tricks.
Published on 2/12/2009 12:00 AM
Obsoletes:
SNES Zero the Kamikaze Squirrel by LLCoolDave in 11:21.55