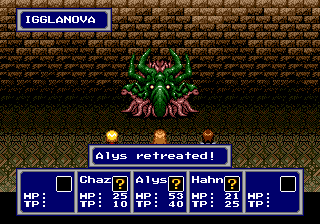 Watch on YouTube
Author notes Discuss
6.95 / 10
Published on 5/15/2020
In this final installment of the famous Phantasy Star series, the protagonist, while out on a routine assignment, uncovers evidence pointing to a sinister threat to the entire solar system. One thing leads to another and he and the rest of his party eventually find themselves fighting the root of all evil. Such a quest would normally take at least ten hours, but with copious amounts of luck manipulation, it can be reduced to just under an hour and a half.
This is an improvement of 01:04.9 minutes over the previous version by the same author.
Obsoletes:
Genesis Phantasy Star IV by janus in 1:26:34.35 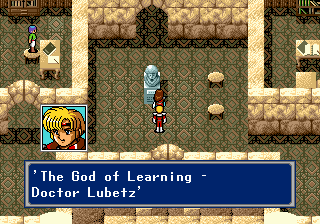 Watch on YouTube
Author notes Discuss
6.6 / 10
Published on 5/30/2020
In this final installment of the famous Phantasy Star series, the protagonist, while out on a routine assignment, uncovers evidence pointing to a sinister threat to the entire solar system. One thing leads to another and he and the rest of his party eventually find themselves fighting the root of all evil.
No reason to rush things though, right? In addition to completing all sidequests, the author also uncovers every single reference to Phantasy Star Universe.
This run is 2:28.42 minutes faster than the previous record.
Obsoletes:
Genesis Phantasy Star IV "all sidequests, Blast from the Past" by janus in 1:59:10.18 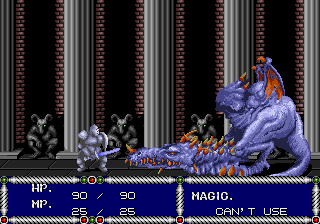 Watch on YouTube
Author notes Discuss
5.8 / 10
Published on 11/12/2020
Sword of Vermilion is an action role-playing game developed and published by Sega for the Mega Drive console in 1989.
The game is about the son of Erik, king of Excalabria, who takes on a quest of revenge to defeat Tsarkon and free the world of Vermilion from evil. Gameplay consists of traveling to towns and villages, battling creatures to gain experience and finding items such as swords, shields and armour, as well as many other items such as Herbs and Candles.
See full publication history
Game:
Sword of Vermilion
Genres:
Action
RPG 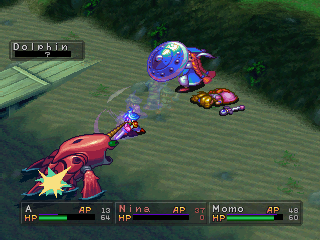 Watch on YouTube
Author notes Discuss
6.06 / 10
Published on 5/15/2011
The Brood, an ancient race of dragons, is all but extinct. Their power was so strong that they had to be killed. A (as Ryu is named in this run), the last one of the Brood, is awakened after 400 years and decides he wants to know more about his people.
Well aware of his fearful power, A uses it until he becomes strong enough to rely on his physical power, after which he manipulates luck to an indecent extent, using frame-by-frame advancing to pulverize his foes and even the final boss. It may be a little anti-climactic, but it's much quicker this way.
This is currently the fifth longest published movie (Final Fantasy VIII is the longest RPG run). You might want to take your morning and your afternoon to watch this.
See full publication history
Game:
Breath of Fire III
Genres:
RPG 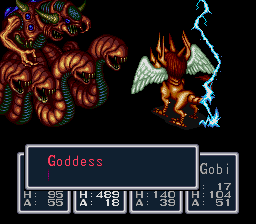 Watch on YouTube
Author notes Discuss
6.29 / 10
Published on 12/23/2010
Breath of Fire was Capcom's first traditional RPG. It follows a boy named Ryu, one of the last surviving members of an ancient race with the ability to transform into mighty dragons, as he searches the world for his sister. Along the way, Ryu meets other warriors who share his quest and comes into conflict with the Dark Dragon Clan, a militaristic empire who seeks to take over the world by reviving a mad goddess.
Using a whole lot of planning and luck manipulation, janus completes this long game in just under four and a quarter hours.
See full publication history
Game:
Breath of Fire
Genres:
RPG 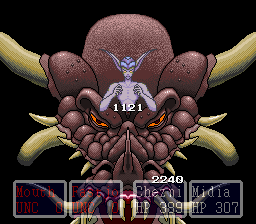 Watch on YouTube
Author notes Discuss
6.26 / 10
Published on 11/30/2013
In Paladin's Quest, also known as Lennus: Kodai Kikai no Kioku (レナス 古代機械の記憶, "Lennus: Memories of an Ancient Machine") in Japan, our young hero Chezni, on a bet, enters and explores a forbidden tower and manages to activate an ancient machine deactivated 10,000 years ago. Naturally, he spends the next two and a half hours trying to figure out how to turn it off again.
This RPG is unusual because the player's health is used to cast magic spells, so there is no separate "MP" stat in this game. Rather than having a list of spells you learn, you instead gain the skills of several spirits; each spirit has its own spell, or you can combine two spirits to make a different spell. (In this run, you'll mostly see Chezni use the Fire Spirit, especially since repeated use of a spirit makes its magic stronger.) You can also recruit mercenaries to join your party at different points in the game, similar to The 7th Saga.
The author, janus completes this game an amazing 24 minutes faster than the previous run, largely due to massive use of AtkBack which makes enemies take a fraction of the damage that they inflict on the player. With this spell, the end bosses basically beat themselves up! There is also much more manipulation to minimize the number of random encounters. See the submission comments for more details.
Obsoletes:
SNES Paladin's Quest by janus in 2:29:25.07