Watch on YouTube
Author notes Discuss
5.53 / 10
Final Fantasy Legend II (Sa・Ga2 秘宝伝説, Sa・Ga2 - The Treasure Legend) is a role-playing game developed by Square and is the second game in the SaGa series. You take on the role of one of eight different characters of varying race and gender who leaves on a journey to find his or her lost father and recover the Magi, pieces of a magical statue of the goddess Isis.
In this run, knbnitkr abuses several glitches (including one which can only be performed on the initial Japanese release) to beat the game far quicker than intended. For more information, see the author's comments.
Published on 10/30/2010 12:00 AM
See full publication history
Game:
Final Fantasy Legend II
Genres:
RPG

Watch on YouTube
Author notes Discuss
6.35 / 10
The Final Fantasy Legend, known in Japan as Makai Toushi SaGa, is a video game released for the Game Boy in December 1989 by Square Co. It is the first game in the SaGa series and the first RPG's game for the Game Boy.
However, rather than deciding to engage on a long quest of epic proportions, the author decides to just kick in the Japanese edition of the game and breeze through it in under two minutes, thanks of the stocked meat glitch.
Published on 10/5/2010 12:00 AM
See full publication history
Game:
The Final Fantasy Legend
Genres:
RPG 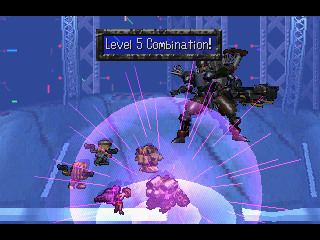 Watch on YouTube
Author notes Discuss
6.31 / 10
What does Lute the bard do when his mother kicks him out? Go on an adventure, of course! In this run, the author travels to various places, collecting items and people, before setting out to avenge his father (that he himself didn't even know about). The author also makes use of big combination attacks that not only deal a lot of damage, but make for a very pretty light show.
We also have a run as Blue completing another main quest of the game.
Published on 2/6/2010 12:00 AM
See full publication history
Game:
SaGa Frontier
Genres:
RPG 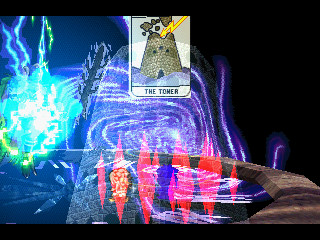 Watch on YouTube
Author notes Discuss
6.47 / 10
Blue the magic user has been tasked with the sad task of tracking down and killing his twin brother, Rouge. Along the way he comes to terms with some uncomfortable truths and gains a variety of powerful spells. Eventually he confronts Rouge and ... loses? Thereafter, things get very weird and eventually all is revealed to be... well, vastly complicated.
In this run, only the bare essentials are carried out, and many of the required battles are performed in an incredibly short span of time.
Also check out the run starring Lute, another main quest in the game.
Published on 5/3/2010 12:00 AM
See full publication history
Game:
SaGa Frontier
Genres:
RPG 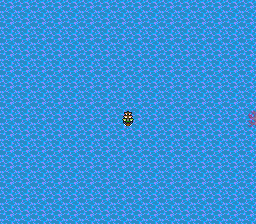 Watch on YouTube
Author notes Discuss
5.18 / 10
Romancing SaGa is proof that if you want to get around, use a map.
This run abuses severe luck manipulation to force the ending to happen through timing sensitive input.
Published on 11/23/2009 12:00 AM
See full publication history
Game:
Romancing SaGa
Genres:
RPG 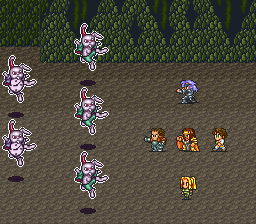 Watch on YouTube
Author notes Discuss
4.35 / 10
In this installment of the long-running SaGa series you take control of several generations of the Imperial Dynasty in order to defeat 'the Seven'. The author completes this lengthy process in record time by using some nice glitches and good old luck manipulation.
Published on 10/17/2010 12:00 AM
See full publication history
Game:
Romancing SaGa 2
Genres:
RPG 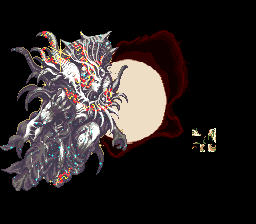 Watch on YouTube
Author notes Discuss
4.65 / 10
Every 300 years, the Star of Death blocks the sun and all newborn lives die. No living thing could escape this fate. But one day, a baby survived, grew up, became the Devil King, and took over the world. He even opened the Abyss Gate and released the devil lords within before suddenly vanishing, leaving the world under the control of the four devil lords.
300 years later, the Death Eclipse hit the world again, and one baby survived again. This child grew up and became the Holy King, and with the support of many friends, drove the four demon lords back to the Abyss and resealed the Abyss Gate. It is now 10 years after the next Death Eclipse, and the whole world is eagerly watching for the new child of destiny. Will it be a Devil King or a Holy King?
You can play through the story controlling any one of the eight main characters - Julian, Monica, Mikhael, Harid, Katarina, Thomas, Elena, or Sarah. The story is common for all eight characters, and they often join together and share the same piece of the story.
The author, knbnitkr, completes the game in only 21:59.65 minutes by using a materialization bug to glitch out the game and skip right to the last dungeon. For more information about this bug, see the author's comments.
Published on 10/31/2010 12:00 AM
See full publication history
Game:
Romancing SaGa 3
Genres:
RPG