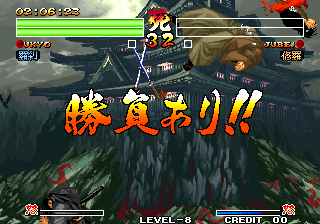 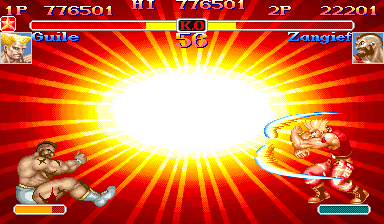 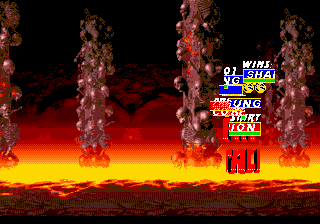 Watch on YouTube
Author notes Discuss
8.03 / 10
Published on 8/5/2012
Ultimate Mortal Kombat 3 is a classic fighting game that's been seen before at TASVideos. But, with each port comes a different set of bugs, and we wouldn't want to leave them out.
Here the authors break everything in sight, using both duel and cpu fights to show off as many glitches as possible. Try not to rip your heart out while watching this.
See full publication history
Game:
Ultimate Mortal Kombat 3
Genres:
Fighting 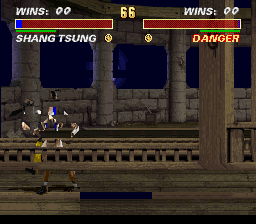 Watch
Author notes Discuss
7.79 / 10
Published on 12/23/2014
Here on TASVideos we have a rich history of movies of the games in the Mortal Kombat series, demonstrating the unique combos and glitches possible in each version. This video of MK3 for the SNES is no exception, as the author Dark Noob swaps between all the different characters to show off the wide variety of techniques, secrets, and humorous bugs that are possible.
Though he is technically the villain, you have to admire Shao Kahn's dedication to keeping up with the action in his role as announcer as the fights get more and more bizarre. At times even he seems confused as to what is going on.
See full publication history
Game:
Mortal Kombat 3
Genres:
Fighting 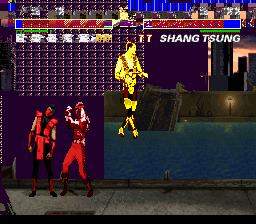 Published on 1/24/2012
Ultimate Mortal Kombat 3 is one of the most diverse games of the series in terms of characters and play modes.
The authors take advantage of this and deliver an exceptional playaround movie. Bugs, easter eggs and impossible combos are shown off at a breathtaking pace. The movie features a mix of 1 and 2 player play for added variety.
This movie is longer than its predecessor by around 14 minutes, showing off more glitches. It also uses a cheat that enables pausing in order to show off even more glitches.
Obsoletes:
SNES Ultimate Mortal Kombat 3 "playaround" by SDR in 16:46.58