Watch on YouTube
Author notes Discuss
5.34 / 10
Published on 12/18/2015
Batman Returns is a game based on the movie of the same name. Unlike the Master System version, however, Batman must move through four levels on his quest to stop the Penguin and Catwoman. Enemies trying to stop him include circus clowns on the streets, policemen (whom Catwoman put on his trail) on the roofs of Gotham City, and penguin commandos in the sewers and the Penguin's lair.
DwainiumB hops around and defeats Penguin in record time.
See full publication history
Game:
Batman Returns
Genres:
Action 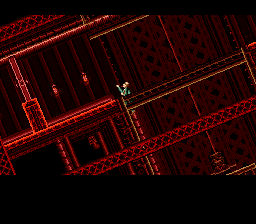 Watch on YouTube
Author notes Discuss
5.26 / 10
Published on 5/27/2017
The date is Tuesday, September 13th, 1921. It's a stormy night, and the luxury ocean liner "Lady Crithania" is about to be capsized by an enormous wave. Many of its crew and its 2300 passengers will be killed outright in the initial overturning; in the transfigured catastrophic ship environment, most of the remainder will be unable to locate, reach and secure a safe exit from the sinking ship before it floods entirely.
After some competition between the two authors of this movie, this run beats the last submission attempt by about 3 seconds. It obtains the game's worst ending.
See full publication history
Game:
SOS
Genres:
Platformer