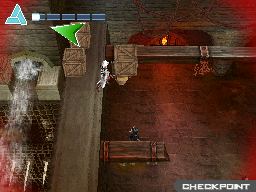 Watch on YouTube
Author notes Discuss
6.58 / 10
Published on 8/24/2021
Assassin's Creed: Altaïr's Chronicles is the first spin-off game in the Assassin's Creed franchise, and is a prequel to the first game. Altaïr is tasked with finding The Chalice, an artifact that is said to be able to unite all factions and end the Crusades.
Unlike the main games in the franchise, Altaïr's Chronicles is not an open-world game but rather a hybrid action-platformer - some sections play similarly to games in the Prince of Persia series where the player must do careful platforming and deal with traps and hazards, while other sections are more like the main games and feature fighting, stealth, and assassinations.
xy2_ abuses several out-of-bounds glitches to end levels extremely quickly, and wields the particularly mighty Wooden Crate to dispatch foes in record time.
The author's commentary is included in all encodes of this movie.
See full publication history
Game:
Assassin's Creed: Altaïr's Chronicles
Genres:
Action
Platformer