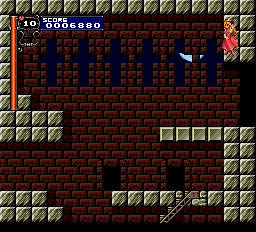 Watch on YouTube
Author notes Discuss
7.3 / 10
Published on 12/29/2009
After having been resurrected by dark priest Shaft, Dracula set out to destroy Richter Belmont's home village and kidnap some of the important characters for him to rescue. One of them is Maria Renard, a 12-year-old vampire huntress who is used as the player character in the second half of the movie after getting freed by Richter.
Despite her prepubescent age, Maria is faster and stronger than Richter, and one can only guess how she managed to fall a victim to kidnappers in the first place. Unfortunately, all of her speed advantages become nullified by a lengthy cutscene following her release, making this TAS slightly longer than the Richter mode.
This is a 2.5 second improvement to the previous movie.
Obsoletes:
PCECD Castlevania: Rondo of Blood "Maria mode" by adelikat, arukAdo & paul_t in 24:23.47