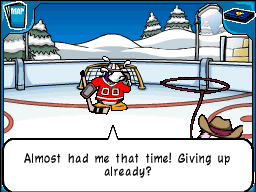 Watch Download (.dsm)
Author notes Discuss
4.05 / 10 Votes: 3
Club Penguin: Elite Penguin Force is a point-and-click videogame released in the year 2008 on the Nintendo DS. It was developed by 1st Playable Productions and published by Disney Interactive Studios as part of the famous Club Penguin franchise.
The game stars a player penguin, as he/she finds a mysterious puffle with a map piece after reading the local newspaper. After some investigating, the player discovers the super secret organization called the Elite Penguin Force, who helps and rescues penguins in time of need.
In this movie, agent Guest pauses their way through the game's 13 missions, finishing their duty in under half an hour.
Published on 12/25/2018 12:00 AM
See full publication history
Game:
Club Penguin: Elite Penguin Force
Genres:
Adventure
Puzzle
Storybook 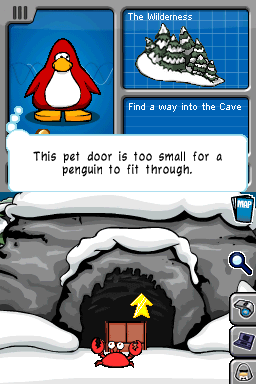 Watch Download (.dsm)
Author notes Discuss
7.23 / 10 Votes: 5
Herbert's Revenge, based on the online Flash game with the same name, is a point-and-click adventure game where you defend the Club Penguin island from the evil Herbert P. Bear. Using your "Elite" secret agent skills, you can collect information about Herbert through various means and use it to foil his plans in 10 different missions.
This movie by Randomno, dekutony and solarplex abuses a few glitches involving the HUD and story element skips to beat the game in under half an hour. It also beats the previous movie by about 05:14.18 minutes.
Published on 10/4/2021 12:00 AM
Obsoletes:
DS Club Penguin: Elite Penguin Force: Herbert's Revenge by dekutony, solarplex in 27:40.09 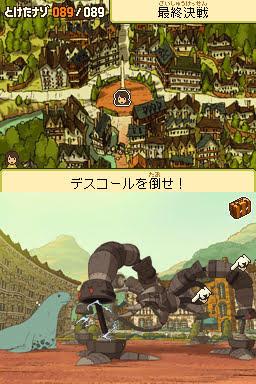 Watch Download (.dsm)
Author notes Discuss
3.5 / 10 Votes: 1
Professor Layton said the Last Specter is the fourth game in the point and click puzzle game series and the first of its prequel Trilogy. Professor Hershel Layton and his assistant Emmy Altava are called to investigate the curious town of Misthallery and the specters that attack it during the night. Joined by a young Luke Triton, the trio uncovers the secrets of the village and unearth the first piece of a grand mystery.
The authors, weils and Randomno, solve all the mysteries in the game in record time.
Published on 11/18/2021 12:00 AM
See full publication history
Game:
Professor Layton and the Last Specter
Genres:
Puzzle
Storybook

Watch Download (.bk2)
Author notes Discuss
2.33 / 10 Votes: 3
Deadeus is a homebrew horror game for the Game Boy about a boy who has a nightmare telling him that everyone in his village will die in three days. He must then see if he can save anyone before those three days are up. There are many paths to take and many endings to encounter, adding replay value to a pretty short game.
MarioAtWork decides to end the game as quickly as possible without any regard to storytelling logic by abusing a glitch that allows them to warp past important cutscenes in seconds and reach the credits very soon.
You can get the game here.
Warning: Viewers who are sensitive to flashing lights may want to skip 1:09 to 1:35 of the video encode.
Published 4 days ago
See full publication history
Game:
Deadeus
Genres:
Storybook
Unofficial game 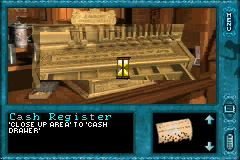 Watch Download (.vbm)
Author notes Discuss
4.04 / 10 Votes: 8
You probably know Nancy Drew. She's a popular fictional character dating back to the 1930s who has a knack for solving (and attracting) all sorts of mysteries. Many movies, TV shows, and even video games were made about her.
In Nancy Drew: Message in a Haunted Mansion, Nancy comes to a hotel owned by her friend's friend where accidents have been happening, and rumors even say that it's a ghost behind all the mayhem, perhaps exacting some sort of revenge from beyond the grave. But eventually we find out the problem is a much simpler and common one instead, human greed, and that there's really nothing supernatural going on in the hotel, with the exception of Nancy Drew herself, who somehow knows solutions to puzzles without ever finding them and causes other strange stuff to happen as well in this run.
Published on 1/1/2013 12:00 AM
See full publication history
Game:
Nancy Drew: Message in a Haunted Mansion
Genres:
Adventure
Storybook

Watch Download (.bk2)
Author notes Discuss
6.3 / 10 Votes: 1
The Casebooks of Ace Harding includes Game Boy ports of Déjà Vu: A Nightmare Comes True!! (previously released on Game Boy) and Déjà Vu II: Lost in Las Vegas. Déjà Vu is a port of a 1987 game that had been made for various systems. It's a classic detective story, with you waking up to a dead body with total amnesia - you don't know who you are, or how you got there, and you don't know who the corpse is, either. In Déjà Vu II, however, you *do* remember who you are, and you also remember that you owe some mobster a lot of money.
Randil and Spikestuff complete both cases in record time, which also features a minor improvement in Case 2, thanks to better optimisation.
Published on 11/28/2021 12:00 AM
Obsoletes:
GBC Déjà Vu I & II: The Casebooks of Ace Harding "Case Book 2" by Randil in 10:05.00 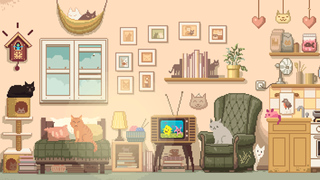 Watch Download (.ltm)
Author notes Discuss
5.54 / 10 Votes: 5
Six Cats Under is a very short point and click puzzle game similar to games like Ghost Trick. You play as an old lady who met her unfortunate demise when her bookshelf fell on top of her. Now she has to use her ghostly powers to get the kittens out of the house by manipulating objects around the room to make the cats interact and move.
Spikestuff helps the cats to escape in record time.
Published 6 days ago
See full publication history
Game:
Six Cats Under
Genres:
Storybook 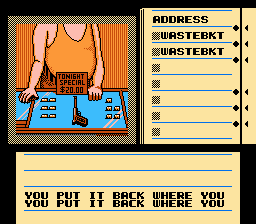 Watch Download (.fm2)
Author notes Discuss
6.63 / 10 Votes: 12
A storybook game like Shadowgate and Uninvited.
In this one you star as Ace Harding, a detective who wakes up having no idea who or where he is. As the game progresses you discover that you have been framed for a crime you didn't commit, and must find a way to clear your name.
This, the fifth submission of this game by the same author, is a 35.45 second improvement over the author's previous attempt. Most of the improvement comes from using a "leave bullet" bug, as detailed in the submission text.
See the Déjà Vu GameFAQs page for more information about this game (we recommend Mr. Kelly R. Flewin's Déjà Vu Speed Guide).
Author's commentary is provided in the movie file and the YouTube encode.
Published on 1/19/2012 12:00 AM
Obsoletes:
NES Déjà Vu by Randil in 10:16.98 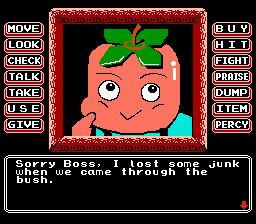 Watch Download (.fcm)
Author notes Discuss
2.7 / 10 Votes: 8
Princess Tomato in the Salad Kingdom is a menu-based game resembling Déjà Vu. In it, the main character, Sir Cucumber, sets out on a quest to save Princess Tomato from the sinister Minister Pumpkin upon the request of the late King Broccoli.
Aided by his sidekick, a baby persimmon named Percy, the author, Tool23, navigates through 9 levels to save the day in record time.
Published on 11/9/2012 12:00 AM
See full publication history
Game:
Princess Tomato in the Salad Kingdom
Genres:
Adventure
Storybook 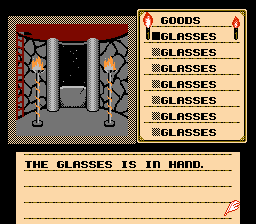 Watch Download (.fm2)
Author notes Discuss
6.84 / 10 Votes: 15
Shadowgate is a storybook game in which you wake up in front of a big castle and must make your way through it solving a variety of puzzles.
This run created by Randil is 00:41.85 seconds faster than the previous run of the game. For more details about the improvements done in this run, you can read the author's comments.
Author commentaries are available through the run in the form of subtitles. They can be enabled or disabled in the YouTube stream.
Published on 8/14/2011 12:00 AM
Obsoletes:
NES Shadowgate by Randil, ZenicReverie in 08:23.84 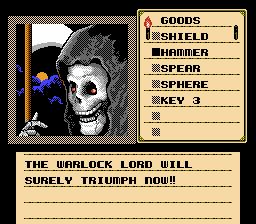 Watch Download (.bk2)
Author notes Discuss
6.06 / 10 Votes: 5
Shadowgate is a storybook game in which you wake up in front of a big castle and must make your way through it solving a variety of puzzles.
This run created by DrD2k9, Zekna & Randil is an improvement of 23 frames over the previous run of the game.
Published on 3/31/2019 12:00 AM
Obsoletes:
NES Shadowgate "game end glitch" by Zekna & Randil in 04:17.48 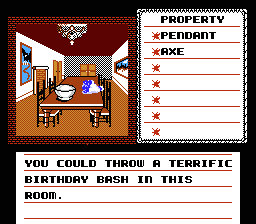 Watch Download (.fcm)
Author notes Discuss
5.32 / 10 Votes: 21
This is a game similar to Shadowgate and Deja Vu. In it, you wake up in a crashed car just outside a strange mansion, desperate to explore the ghost-ridden building to find and rescue your missing sister.
The speed at which the author manipulates the menus is impressive. This is an 4.12 second improvement over the author's previous movie.
Published on 8/5/2008 12:00 AM
Obsoletes:
NES Uninvited by Randil in 08:13.90 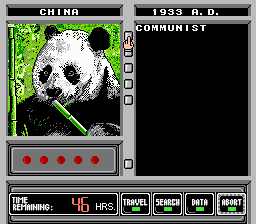 Watch Download (.fm2)
Author notes Discuss
3.64 / 10 Votes: 15
Where in Time Is Carmen Sandiego? is an educational game by Brøderbund Software, ported to the NES in 1991. It aims to teach geography and history by taking the player through time to find clues, collect warrants, and capture Carmen and her crooked henchmen!
It's the fifth game in a detective mystery franchise noted for its longevity, educational value, and positive cultural representation.
As with Prince of Persia 2, the enormous amount of luck manipulation needed to play this game optimally was calculated entirely by a bot written by the author of this run, Bobo the King. For more on this impressive program, see the author's creative submission text.
Published on 11/27/2012 12:00 AM
See full publication history
Game:
Where in Time is Carmen Sandiego?
Genres:
Storybook
Strategy 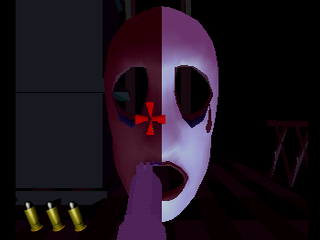 Watch Download (.bk2)
Author notes Discuss
1.8 / 10 Votes: 2
Dark Tales: From the Lost Soul is a 1999 Choose-Your-Own-Adventure horror game for the PS1. The game features 3 stories where the player is placed in a first person perspective, and chooses how the characters will progress in the story.
Each story has multiple endings, which ending you get will depend on the choices the player makes. The authors, Spikestuff & Xindictive, achieve the shortest endings to the 3 stories as quickly as possible.
Note: This game features jumpscares and sudden loud noises, especially in the first two stories, viewer discretion is advised.
Published on 11/12/2021 12:00 AM
See full publication history
Game:
Dark Tales: From the Lost Soul
Genres:
Action
Storybook