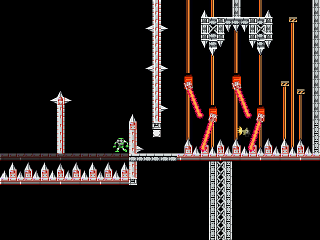 Watch Download (.wtf)
Author notes Discuss
9.03 / 10 Votes: 6
I Wanna Be The Boshy is a free, notoriously difficult 2D platform game created by Danish game developer Jesper "Solgryn" Erlandsen. It is a fangame of I Wanna Be the Guy with the title being a reference to it and many other fangames with similar titles.
I Wanna Be The Boshy is known for being extremely difficult often including unforeseeable traps, random chance, intentionally poor hitboxes and very hard platforming. Many elements such as bosses, playable characters and NPCs are tributes/parodies of popular video games, such as Super Mario, Kirby and Street Fighter while other elements are references to obscure games such as The Cheetahmen or originally made.
VOLUME WARNING: Please be aware of loud sounds such as spider at 1:12, 3:10, 12:18, 17:11, 21:59 and a stoat at 9:34.
Published on 9/21/2020
See full publication history
Game:
I Wanna Be The Boshy
Genres:
Platform 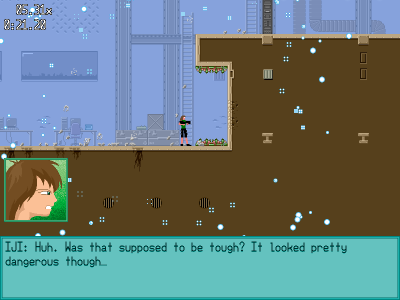 Watch Download (.wtf)
Author notes Discuss
6.81 / 10 Votes: 3
Iji is a freeware game released by Daniel Remar in 2008. Quoting his website, where the game can be downloaded: "Iji is an action-packed strategic platform shooter with a detailed story, large levels with multiple paths, powerful bosses and lots of secrets. There are alternate gameplay events, dialogues and scenes depending on what you do, a wealth of extras and bonus features, and seven stats to upgrade through a leveling system. Iji herself has superhuman strength and abilities, and can crack Nanotechnology, use her enemies' most devastating weapons against them, and be a pacifist or a killer - the story adapts to how you play."
This time, Matslo123 plays through the Ultimortal difficulty, which gets unlocked after clearing Expert difficulty, whilst not taking damage in the process in record time.
Published on 4/10/2019
See full publication history
Game:
Iji
Genres:
Action
Adventure
Platform

Windows Rosenkreuzstilette "Spiritia" by Hetfield90 in 28:01.15 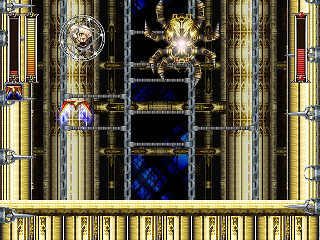 Watch Download (.wtf)
Author notes Discuss
8.11 / 10 Votes: 8
Rosenkreuzstilette (ローゼンクロイツスティレッテ) is a platform game published by independent Japanese studio [erka:es]. Gameplay resembles a Mega Man clone, with Spiritia collecting various weapons from each boss defeated, and alternate protagonist Grolla playing more like Zero from the Mega Man X and Mega Man Zero series.
See how many things from different Mega Man games you can spot while watching this! Stage by stage notes are in the author's comments.
This movie uses Spiritia. For more action, we also have a Grolla movie by the same author.
It is 57.34 seconds faster than the previous run by in-game timing parameters, and an improvement of 1087 frames(18.1s) through directly comparable improvements. (Note that the reason why this run appears to be 3s slower than the old run by standard TAS timing parameters is because the published run ends input before the final boss fight whereas this one does not, since doing so is detrimental to in-game time).
Published on 1/6/2016
Obsoletes:
Windows Rosenkreuzstilette "Spiritia" by Bernka in 27:58.25

Tags:
Aims for in-game time instead of real-time
Uses a suboptimal character
Takes damage to save time 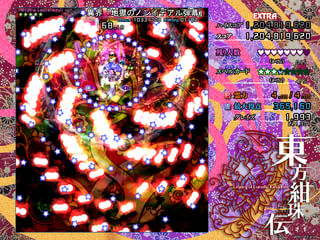 Watch Download (.wtf)
Author notes Discuss
6.93 / 10 Votes: 9
Touhou Kanjuden ~ Legacy of Lunatic Kingdom (東方紺珠伝 ～ Legacy of Lunatic Kingdom) is the fifteenth official installment of the Touhou Project series by Team Shanghai Alice. There are four playable characters: Reimu Hakurei, Marisa Kirisame, Sanae Kochiya, and Reisen Udongein Inaba, each with their unique shot and spellcard (otherwise known as a "bomb" in other (bullet hell) shoot-em-ups). It also features two main game modes: Legacy Mode, which functions similarly to the other Touhou games, but also Pointdevice Mode, a gameplay mode that removes lives and continues from the game but adds chapter checkpoints.
The story of the main game goes as follows: Someone is causing havoc in the Lunar Capital, and evidently, Lunarians have come to purify Gensokyo to make it suitable for them to live there (as they have a thing against what they consider "impurity"). With the help of the Ultramarine Orb Elixir (or not), the girls must now set out to stop this invasion and find the perpetrator behind this incident.
This run by kopiapoa plays the Extra Stage, which is unlocked by clearing the game on Legacy Mode without using any continues on any difficulty, as Reisen. He extensively grazes bullets in order to increase the point item value to its eventual maximum. By also milking the boss's attack patterns for score, he reaches an impressive final score of 2,429,908,660 points. For reference, the best known unassisted score is 1'016'971'530 points by kisara. A replay of the record can be downloaded right here.
Extra downloadable encodes at 960p are also available: MKV Modern HQ MP4 Compatibility
Published on 2/16/2018
See full publication history
Game:
Touhou Kanjuden ~ Legacy of Lunatic Kingdom
Genres:
Shooter