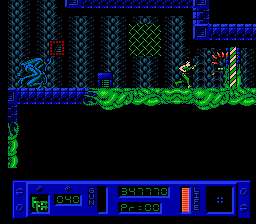 Watch
Alien 3 on the NES is similar to Probe Software's adaptations of the film on other systems. While using the same overall game concept as the Sega and Commodore versions, the NES title has unique levels.
The player controls Ripley through a number of platform levels. She must not only defend herself against hordes of aliens and find the exit, but also save a number of prisoners, all within a tight time limit of only minutes per level.
J.Y uses the new door clip glitch to improve the previous run by Randil by impressive 06:28.61 minutes.
The baseline tab shows the default movie beating the game as fast as possible without any special conditions.