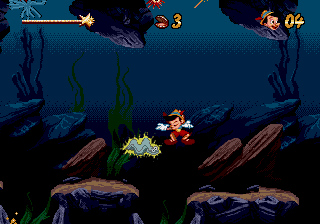 Watch
In this game, you get to play as Pinocchio, the carpenter Geppetto's living wooden puppet. Pinocchio goes through scenes from Disney's animated film, which itself was based on a children's novel.
This run does plenty of hopping around in order for Pinocchio to attempt to save his father in a brisk 16:24 minutes.
This run is longer than the one it obsoletes due to using the hardest difficulty, which leads to having to beat additional levels.
The baseline tab shows the default movie beating the game as fast as possible without any special conditions.