This is a TAS of River City Ransom. It's 139 seconds faster than the current published run, due to better precision, more use of weapons, and new glitches.
This run:
Here's a brief explanation of the bugs used:
Left+right bug If you double-tap left+right, the character gets a glitchy animation and can die. The death is usually used to reduce lag, but it is once used to death-warp. Also, if the character is carrying the other character, he can throw him through walls.
Bunny-hop kick glitch When jumping and kicking, you do a high-damage flying kick. However, if you kick just before hitting the ground, the character bounces, allowing several flying kicks to be delivered in a row. An offshoot of this is the trash-can trick, where you kick someone and a trashcan simultaneously, dealing double damage.
BIG thanks to DeHackEd, for fixing the .fcm into one that the site could accept. And thanks to my friend Flame_gamer, who discovered the bunny-hop glitch that inspired me to start this run.
About the ending:
DeHackEd: Formatting and stuff
NesVideoAgent: Hi! I am a robot. I took a few screenshots of this movie and placed them here. Here goes! Feel free to clean up the list. 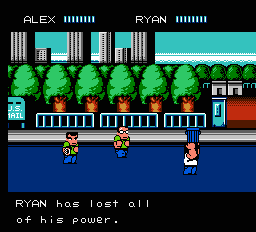 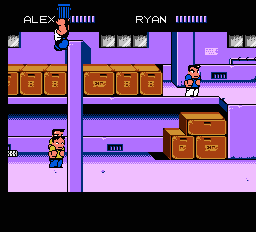 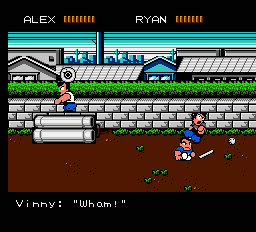 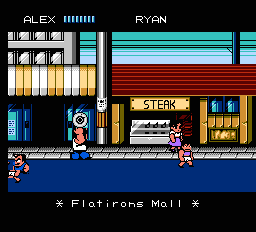 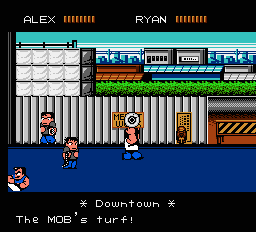 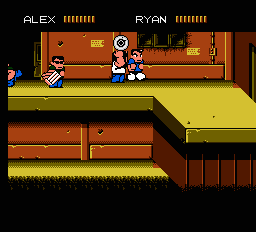 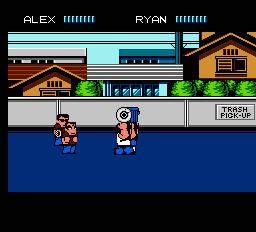 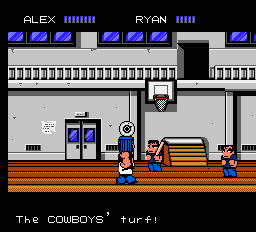 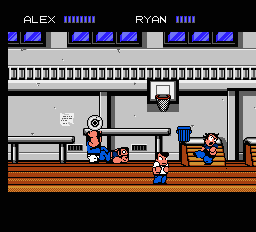 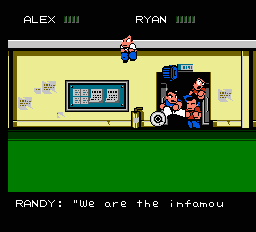 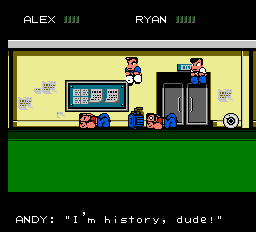 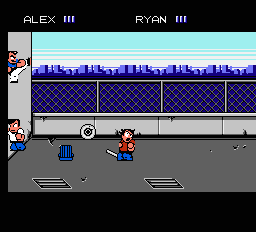 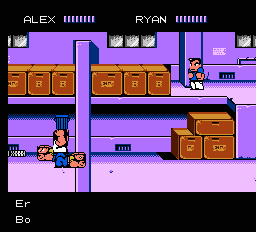 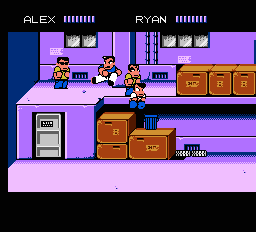 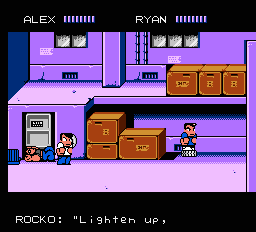 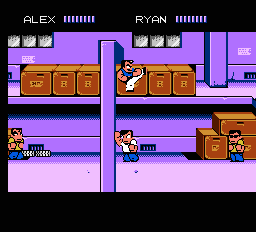 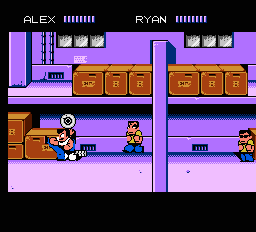 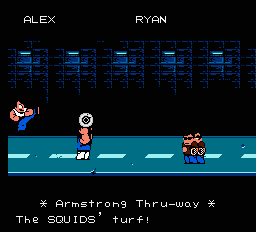 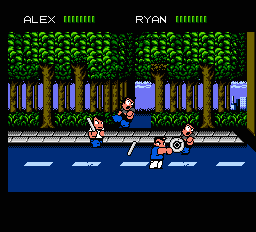 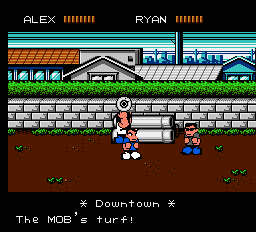 NESvideoagent regardless, here's my favourite screenshot
http://i16.photobucket.com/albums/b20/chamale/40.png
A new version has been made, a few seconds slower, but with a better ending.
Last Edited by adelikat on 1/17/2022 3:55:09 PM
Page History Latest diff List Referrers