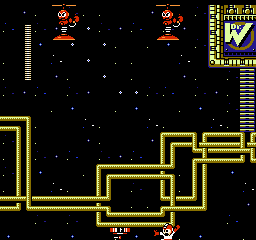 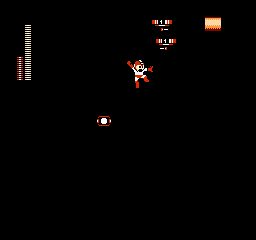 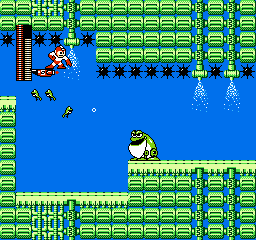 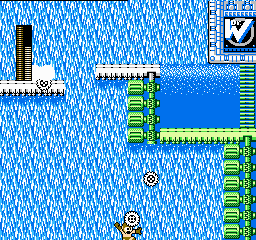 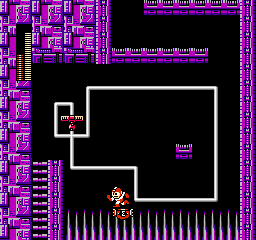 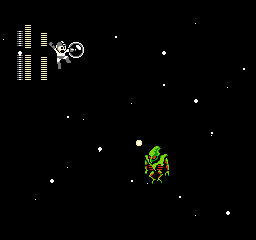 Rockman 2 has been my main project since 2005. This project was started both aglasscage and me, we had many kind of plans, ideas and problems in the beginning. My motivation wasn't that high but aglasscage tried to keep things up and succeed in that task pretty well. aglasscage found many different tricks and techniques while going forward with this run. I feel a bit detached from this run because I couldn't show my true self, respect and innovation towards this precious pieace of insanity but I still hope my previous TAS attempts motivated and helped other people to understand things more better. This game isn't not a simple piece to run because there's many different kind of frame rules and they exists almost everywhere, the most annoying example is _item1_ positioning. I worked together with aglasscage with Flashman and Heatman stages, I optimized Airman's fight. I feel a bit relieved this run is completed and optimized outstandingly well because I'm "unable" and "unmotivated" to change back to myself I was a few years in the past. I hope people are going to ask many questions about this run and be open-minded about things they don't know so well. Feel our ambitious masterpiece which makes your soul to tremble in awesomeness.

ウッドマンが更新できたのは、運が良かった。 私も手伝えて楽しかったです “Woodman stage could not update, good luck. It was fun to help too.”
I made the movie which visualized inside information by an original bill of FinalFighter.
URL for people having a nicovideo account. http://www.nicovideo.jp/watch/sm12370209
URL for the people who do not have an account. http://nicoplayer.blog60.fc2.com/?id=sm12370209&w=640&h=480
URL for the people who cannot still look. http://www.mediafire.com/?amzrs9f09cr2skr

Rising rule of Item1 and Item3

I completely understood Item1 and Item3. I have created LuaScript that supports rising rule of Item1,3 (for Rockman2) http://www.yuko2ch.net/rockman/item1height.lua This script can easily look for rising result of best Item1.

The hit judgment is changed when colliding with the enemy.

Land on the spike

We were testing distribution of Item1 in Wily4. We noticed my idea was useful. "Item3(land on the spike)->Item3(through the wall)" I was surprised because the idea that had been thrown away in July, 2005 revived.

Mr.aglasscage http://twitter.com/aglasscage His optimization was wonderful. Especially, the usage of the Item1 was also wonderful. :)
Mr.pirohiko. http://twitter.com/pirohiko He is good at the optimization of DelayScroll.
Mr.Shinryuu He was very busy. However, he worked on TAS without compromising. Thanks :)
Mr.TaoTao http://www6.atpages.jp/appsouko/work/TAS/ The idea of DelayScroll was wonderful.
Mr.DARS http://rm2haxx.dtiblog.com/ The memory list of Rockman2 served as a reference.
Mr.Tekepen http://hp.vector.co.jp/authors/VA042397/ The material of 6502 served as a reference.
Mr.hika He taught the foundation of the boss of W6.
The IRC channel #TASers Chat in which TAS player of Japan gathers. We exchanged opinions here.
P.S. Our next target is MegaMan1! Please expect the major upgrade. :)

FinalFighter: I could not ask for a better partner. Whenever I had a problem he had the solution. The amount of help he gave me is insurmountable. Every time I encountered a previously unknown problem he would investigate it and give me the exact answers I needed.
Shinryuu: For starting this project with me some time ago and also offering his knowledge whenever I needed it. I regret the fact he could not work with me more and wish him luck with everything.
pirohiko: For TASing the woodman stage to its maximum and also testing any ideas FinalFighter and I had for different routes in the woodman stage. Unfortunately, we could not find a faster route. Nevertheless, his ability is terrific.
woabclf: For teaching me things about DelayScrolling when I worked with him on Rockman Exhaust.
Bisqwit, cstrakm, taotao: For their previous discoveries and additions to Rockman 2.