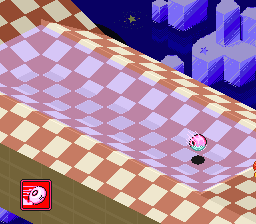 Watch
Kirby is a spherical character, so naturally it makes sense that he should be whacked around like a golf ball. A ball that can absorb the powers of enemies and use them to his advantage, of course!
This run aims for best score, then fastest time. A lot of hole-in-ones are scored, even at great time expense.
Note that there is a second series of courses which are similar to the original set. These are played as well for sport, before attacking the final boss and winning.
This run is 01:52.25 minute faster than snc's previous TAS. There's no improvement in the number of hole-in-ones, but his secondary goal is done significantly faster!