This is 16.55 seconds faster than the rejected submission.
This also avoids kills of normal enemies, but uses 1 arrow for that, otherwise it's still "no subweapons".
This also is submission #4666, it has 66 milliseconds, and it's frame count and rerecord count match almost perfectly.

This is my childhood concentrated. I wasn't able to beat it back then, but I enjoyed how my relatives were doing it. Darkwing Duck is one of my favorite Disney's characters, and it had the best animated series.
This game was my introduction to TASing, since [951]NES Darkwing Duck by AnS, Randil in 10:59.50 was one of the very first TASes I've seen (in 2010), and an article AnS wrote about it actually taught me a lot.

The goal was to make a run that's as much different from the existing one as possible. So in addition to pacifist, it was chosen to not use subweapons, as the any% one already uses them to maximum. With clever damage management and some enemy manipulation, it promised to be a deserving run! In my opinion is that it is that.
Pacifism isn't a universal term, it may be defined differently per game, depending on what looks and plays better. So in this run, no enemy is hurt during levels, but it doesn't work to not hurt enemies in boss rooms, because it becomes inconsistent if we don't shoot non-boss objects in some boss room, and shoot them in others. We have to shoot them in the final boss fight, otherwise you just die. In Liquidator's level, I did some shots that don't kill the drops, just to add some action (boss rooms are anyway as much action as one can get from this branch). In Moliarti's level, I (and the previous submission's author) chose to shoot the machines that the boss fixes, becoming an easy target. Otherwise it'd be: 1 shot, jump to another platform, another shot, jump back, third shot, jump, and so on. Again, to remain consistent with the last boss fight, it makes sense to not spend absurd time on avoiding these machines damage (that anyway never broke to death).

It all was described at GameResources/NES/DarkwingDuck.

Normal speed is 3.5 pixels per 2 frames. It becomes about 1 pixel per 2 frames when taking damage. Then you need to look back for 1 frame at a certain moment, to get knocked forward. The time you land does not stop the damage animation, so it's always the same time you lose on damage boosts.
Before you start walking, you gain some X velocity for 3 frames. So it was a long ago decision to always jump, to skip that delay. But at times when you need to wait for an enemy to bypass, it makes sense to delay the jump, while holding down the direction button, instead of releasing the direction button while jumping. That way you gain some subpixels and still bypass the enemy.
If you touch the moving platform at certain frame, you gain 0.5 pixels. Doesn't seem to matter on wheels though.
Y subpixels roll all the time you stand on the ground, and can also be adjusted by alternating the jump length. But it's not frequent when they play a huge role, though sometimes they do, and I considered it. Sometimes adjusting Y subpixel while climbing a bunch platforms increases or reduces lag, can't tell the reason. 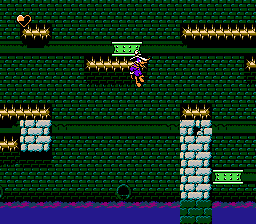 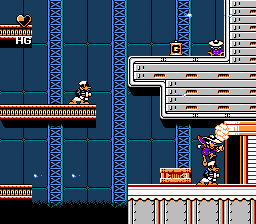 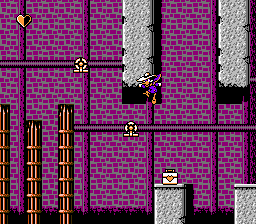 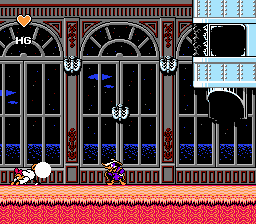 Nach: Thanks for dedicating the run to me, I won't take it as bribery in this judgment.
Unlike the previous run which I rejected, the play is more polished, and the audience seems to be generally pleased with it. I'm not sure this game needs a pacifist run, but since it's well done and people enjoy it, why not. Accepting as new branch for this game.
Guga: Processing...
Last Edited by Memory on 1/8/2022 1:26:50 AM
Page History Latest diff List Referrers