Grand Theft Auto 2 (1999) is the second game of the famous Grand Theft Auto series by Rockstar North Ltd. (at the time known as DMA Design Ltd.) and published by Rockstar Games. It retained the top-down action gameplay of its predecessor, with several quality-of-life improvements such as a functioning health system and game saves, as well as graphics that don't look like a remnant of the Amiga age. The game was originally released for Windows in complete form, and for the PlayStation with various features cut and other aspects censored. Later on a Dreamcast port was also released which is gimped in other ways, and a Game Boy Color port that nobody will care acknowledge the existence of.
The protagonist of the game is Claude Speed, career douchebag and unscrupulous criminal worker with chronic backstabber syndrome. Claude Speed comes to Anywhere City, USA, to do work for gang bosses, wreak havoc, and get enough money to leave the district again. (The work part is optional, the wreaking havoc part is also optional in the most technical sense, the money part is not). There are a total of 7 gangs in the game - three per district - and each gang in each district has a total of 7 missions for the player to complete.
Clearing all missions in a district causes each gang leader to catch on to the fact that you've been backstabbing them, and they will attempt to personally murder you, so then you can front-stab them too. Additionally, each district has 50 tokens to collect (except the PSX version has 25 tokens because the PSX port is crap) and 20 Kill Frenzies, side missions where you have to kill a certain amount of people within a time limit with a particular weapon.

This run aims to beat the game as fast as possible, with no restrictions. The primary completion objective of each district is to earn enough money ($1 million in Downtown District, $3 million in Residential District, and $5 million in Industrial district) and then reach the end-of-district exit point. Clearing Downtown gives access to Residential, clearing Residential gives access to Industrial, and clearing Industrial returns a "game complete" screen.
With the key goal being simply to get enough money, this is where certain tricks come into play. All that really needs to be done in each district is to set up money-making tricks, generate enough money until it's possible to complete the district, and then reach the exit point. More on this will be detailed below.

As with any sandbox game, and any Grand Theft Auto game in particular, this game is stacked with randomness. Pedestrians are randomly spawned, of random types, walking in random directions. Cars likewise are spawned in random positions, with random types, driving in particular directions. This must be optimally used to the player's benefit in any TAS - getting in the most optimal car possible, at the most optimal time and position, manipulating pedestrians wherever they will be beneficial, and so on. This is doubly important in the PSX version, because it features significantly less ped and car spawns than other versions, because the PSX port is crap.
Most generally, pedestrians and cars can be manipulated by the player's position (or particularly, the camera, but the PSX version has no manual camera control because the PSX port is crap). Walking at slightly different angles of positions can often decide that a different car spawns somewhere, or that the same car spawns at a different position, or even that the same type of car spawns but with a different color or something. All kinds of subtle changes are possible.

There are dozens of car types in the game, but only a handful are actually relevant for the level of play we work at because most of them are simply too slow and have no use compared to faster cars.
The most important car statistic is max speed (with acceleration and handling coming next). The following cars have a speed of 400 or higher and are therefore worth mentioning:
Generally speaking, the Furore GT is the best car in the Residential District (with exception of the Meteor, which is only available in Scientist territory), although the Cop Car can have situational uses (like being faster to enter with the instant car entry trick). In other districts, the Cop Car is the fastest available car.

When carjacking, opening the car door and taking out the driver are all separate actions that take time. These actions can both be skipped if the car door is already open, saving not only time entering the car, but if the car is moving, it can save time through conserving momentum as well.
A common application is with cop cars - if the player has a wanted level, and a cop car approaches, the cop will leave the car. Carjacking the cop car when the cop opens the door causes Claude to enter immediately, allowing him to drive off with no delay. This is faster than regular carjacking in a lot of cases.

This is the main trick that makes this run possible - a way to rack up money very quickly, rendering the district completion objectives trivial.
Expeditious Execution is a bonus awarded to the player if they can manage to kill many pedestrians in a short amount of time. The requirement is 20 pedestrians (or 12 peds in the PSX version because the PSX port is crap) being killed in less than a half second from each other, and this gives a $100,000 bonus. Normally this is very hard to reach without some sort of setup, but there's a different way, which is where the glitch part comes in.
Some unusual interactions can happen if a pedestrian is run over by a car while he is in a drowning state. Depending on a few factors, like whether the car is touching land, or another car, whether it is moving fast or slow, etc., a car can get stuck on top of a drowning pedestrian, triggering a loop where the pedestrian ends up being killed every frame. Every time the ped is killed, if the player is in the car running over the ped, it will not only give money to the player for the kill, but will also rapidly fill up the Expeditious Execution counter, and constantly award the player the bonus. This means earning $100,000 multiple times per second, adding up to the money count required for district completion very quickly.
It should be noted that as situations where the EE-glitch is active vary, how fast the process goes varies as well. For example, if the player's car is close to a wall, it will significantly speed up how fast the EEs are added up. This is why the EE-glitch setup may look a bit awkward in some places - as just pushing a ped into any body of water and following up can result in a slower flow of EE money, if it even works at all. It also often happens that a EE-glitch setup just does not work, or only briefly works before the car either loses speed and sinks, or gets detached from the ped and flies off into another body of water before sinking. This can be influenced also by the player accelerating or steering while the glitch is active - an important aspect for optimization is not only getting the glitch set up, but also making sure that a clean speedy exit (suicide) is possible. 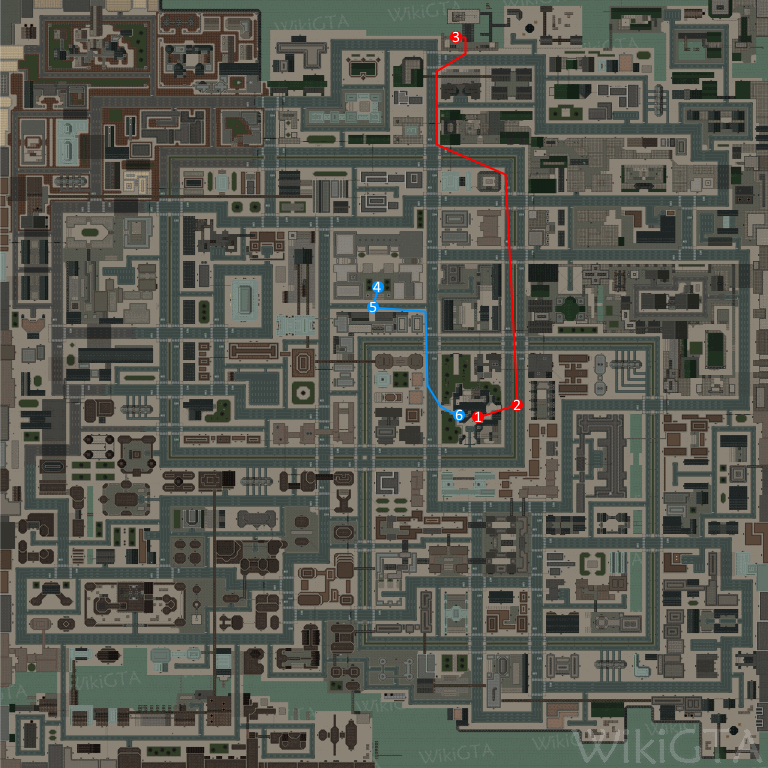 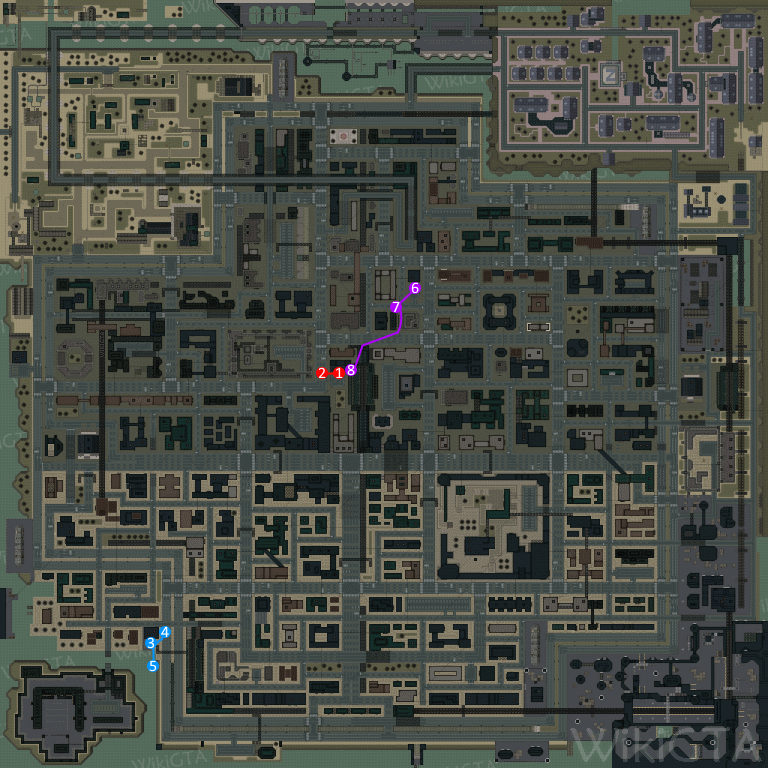 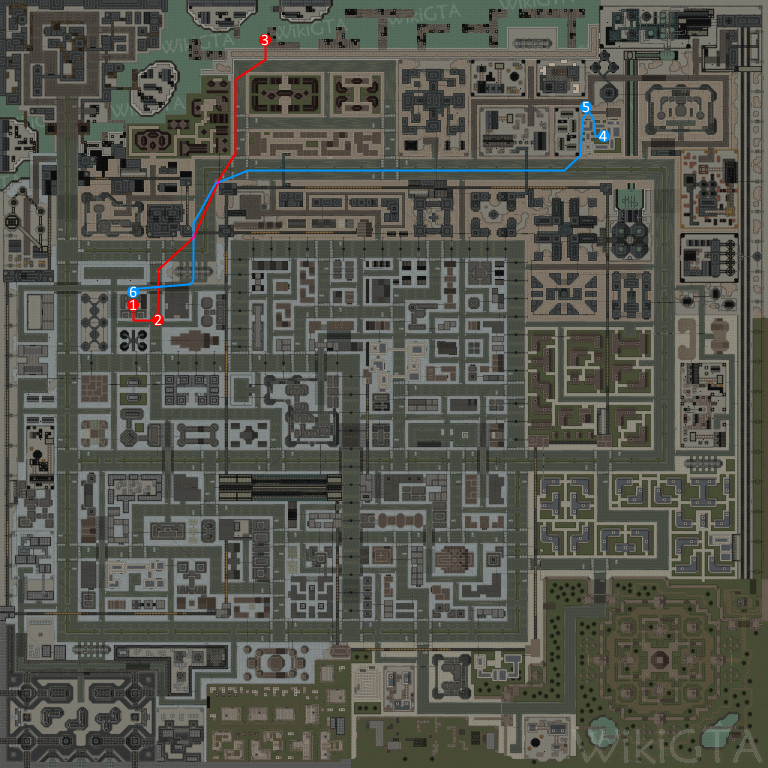 An alternate movie file for publication purposes is available here. This movie file enters the credits as soon as possible after the end screen.

Thanks to the GTA2 speedrunning community - particularly, Tezur0, WordofWind and Molotok for their speedrunning streams and resources.
Thanks to you for reading this and watching the movie!
feos: Judging this gift of gods...
feos: Replacing the movie file per author request, with one that ends input earlier.
feos: Astounding movie, nothing to even imagine as questionable . Accepting to Moons.
Note to the publisher: use the file linked above that reaches the credits.
Spikestuff: Can we go bowling after this?
Last Edited by Samsara on 1/9/2022 5:00:49 PM
Page History Latest diff List Referrers