To sync the run:

NOTE: This movie was submitted with the branch name "any%", as this is the correct delineation for the category. I am aware that the currently published movie for this same category is published under the branch name "chest glitch". While it is not my decision what to do about this, should this movie be accepted for publication, I would strongly encourage the publisher to change the branch name of this category to "any%", and rename the branch that submission #4960 is published under to the common term for that category, "any% No OoB" or "No Out of Bounds". Barring this, I would highly encourage the publisher(s) to at least rename this branch to "Out of Bounds". thank you i love you tysm

This TAS is an improvement on the currently published ‘Luigi’s Mansion “chest glitch” in 10:11.85 by solarplex’, and uses the same general route to complete the game as fast as possible, while improving every room in the run by some amount and incorporating several new strategies to save a significant amount of time over the previous published TAS. The route involves completing Area 1, clipping out of bounds and maneuvering straight to the final boss fight with King Boo.
Like all other published LM TAS’, we play on the ‘Hidden Mansion’ mode standard for RTA speedruns, which allows us to avoid introductory cutscenes and doubles the efficiency of the vacuum.
This run also plays on the Japanese version of the game. The complete list of version differences is very small, and the only relevant differences for this run are text speed: interestingly, although JP games with faster text are usually faster in every instance of text appearing, this is not the case for Luigi’s Mansion. Some of the text in Area 1, like the Egadd text talking about portrait ghosts before Neville’s room, is faster in the English release. However, all of this time and more is made up on the text before and after the King Boo fight, making Japanese overall faster by both RTA and TAS timing.
This movie was created on a newer, more load-accurate (slower) version of Dolphin, and thus loses time in many instances over the course of the run compared to solarplex’s 10:11. Specifically, ~2 seconds is lost immediately just from loading into Egadd’s hut to select Hidden Mansion and then loading into the Foyer. Additionally, several frames are lost every time the game loads the cutscene that plays when opening a unique key-door for the first time, as well as loading into the King Boo fight from the cutscene in Altar.

Many optimizations were made to all Area 1 rooms, but the majority of the time saved comes from a few specific discoveries that have been made in the years since solarplex’s run was published in 2014.

Door Skip
Once you clip out of bounds with the chest onto ‘Floor 1.5’, the first obstacle one encounters on the way to King Boo is the door between the foyer and main Area 1 hallway. Instead of opening this door (which causes an absurd 11-second long door opening animation), it was discovered that by getting a steep enough ‘skew’ off the Floor 1 ceiling bats, maneuvering Luigi correctly and knocking on the wall, you can clip past the door entirely. Additionally, I discovered a different method of doing this clip that uses the slight change in Luigi’s hitbox that occurs when you press A to call Mario instead, thus bypassing the wall-knocking animation as well.
Skew Retention
Skews are an interesting side effect of taking damage while standing on Floor 1.5, and their discovery is what originally made this route possible, almost a decade ago. It has been theorized that it may be possible to retain the second skew (used to cross over the ceiling beam into the main section of the Area 2 hallway) with a steep enough angle to use for the final clip down to the basement, thus eliminating the need to get a third skew off the bats in the northern section of Area 2. Unfortunately, even the best skew you are able to retain is not steep enough to do the traditional clip down to the basement. However, I discovered a slightly different method of clipping out of bounds in this corner, which requires a much less extreme skew but is orders of magnitude more precise and likely TAS only in its current iteration. This saves 2 seconds over getting a third skew.
King Boo One-Cycle
This is easily the biggest improvement to the published run, and it’s discovery just over a year ago is the reason why the current RTA record for any% is over 20 seconds faster than solarplex’s TAS. Saria100, Red, and Crazy8 discovered that by hitting Bowser’s head a second time with one of the extra spike bombs he throws out during the fight, after you have hit him once normally and King Boo is vulnerable in the arena, the timer that determines how long King Boo is able to be out for is reset, and this allows you to drain all 500 of his health in a single attack cycle, saving around 20 seconds.
Suck-Up Optimization
Aside from those few new strategies, significant time was saved throughout the run by optimizing ghost suck-ups. For the most part, draining ghosts of their HP optimally is a relatively simple process: hold away from the directions they are flying in for 10 frames with the C or analogue stick, input a neutral value on both sticks for one frame to reset the amount you are able to drain continuously, and repeat. The optimization comes after their health reaches 0, but before they begin the ‘suck-up’ animation into the vacuum: during this time, the game determines how long the suck-up animation will take to complete. It has been commonly understood that there are two types of animations you can get for every suck-up: a ‘wave’, or a ‘twirl’, with twirls being faster than waves in almost every instance. However, the mechanics behind getting faster than normal suck-up animations of either sort are very complex, and not even I understand completely what the game is actually checking for when making these calculations. In practice, there were several factors that seem to come into play:

In a TAS setting, this means that it is advantageous to manipulate ghost flight directions while you’re draining them so that when their health drops to 0, they are as close to you as possible, flying towards your vacuum, and/or completely stuck on a wall/Luigi/a piece of furniture. This manipulation is most obvious with the garbage ghosts in Wardrobe, but it was applied to every ghost in the run, and saves several seconds throughout the run overall. Some ghosts, such as all three of the punchers in Parlor, have very low health and do not spawn by furniture that they are able to get stuck on, so their HP is drained before they can be manipulated in the same way as some other ghosts. Even so, every ghost suck-up in the run was improved bv some amount compared to every other TAS.

I did some calculations in a video editor to determine exactly how many frames were saved in each segment of the run, comparing against solarplex’s currently published 10:11. I tried my best to avoid factoring in load times/text in order to more accurately represent these comparisons as the difference in pure optimization without loads/text, but due to the nature of the differences between these movies this was not always possible.
(All timing calculated in visual frames)

First of all, shoutouts to sockfolder, the god, the prometheus of the skew.
Luigi’s Mansion was the first game I ever owned, and it is a well-known fact that it is also the game that Nintendo decided to use Their last Soul Crystal on; every subsequent game release (especially in the LM series) having fallen farther and farther from the light. It holds a special place to me, and I have dabbled in RTA speedruns of it several times over the years. I noticed that solarplex’s movie was quite dated and knew of all the recent RTA optimizations of the any% category. As a connoisseur of glitched runs, LM, and TASing, I figured it would be a fun project to give it a modern update. While preparing to begin, I was made aware of ElectricMiles’ TAS, released only 6 months ago, that did exactly that by implementing the new strategies. Still, I noticed many possible optimizations and knew of further theoretical tricks that he did not attempt, so I figured it would be a good opportunity to put my nose to the grindstone and try to squeeze as many frames as possible out of Area 1 and the short OoB section / boss fight at the end. It took me exactly 1 month to complete, and the result is way better than I imagined it would be going to it, I ended up bringing some previously theoretical tricks into reality and I think it sets a great new standard going forward for any future full-game TAS’ that can utilize suck-up optimizations to even greater effect.
Thank you very much to ElectricMiles and solarplex, for the stone(s) on which to grind. I consider both of these movies excellent for being their first major TAS projects!
Thanks also to Malleo, first of all for the No OoB TAS with which I compared against, but also for helping me with some of the technical side of producing this run as well as helping me glitch hunt and answering my noob questions.
Many thanks to Saria100, who helped me quite a bit along the way by reviewing my WIPs and pointing out possible improvements or new strategies to try, and just in general for holding it down for the too-small LM science community. Please unlist your videos homie
Additional thanks to Snap, Banananana, Blars, minimini352, Flauke, Pablo, weirdboo, MegaLightning and Hoplesslmanity specifically for either answering my questions or providing some kind of feedback on some aspect of the run, and the entire LM community in general for continuing to push the meta.
Much love to Beatrice, and Adrian. 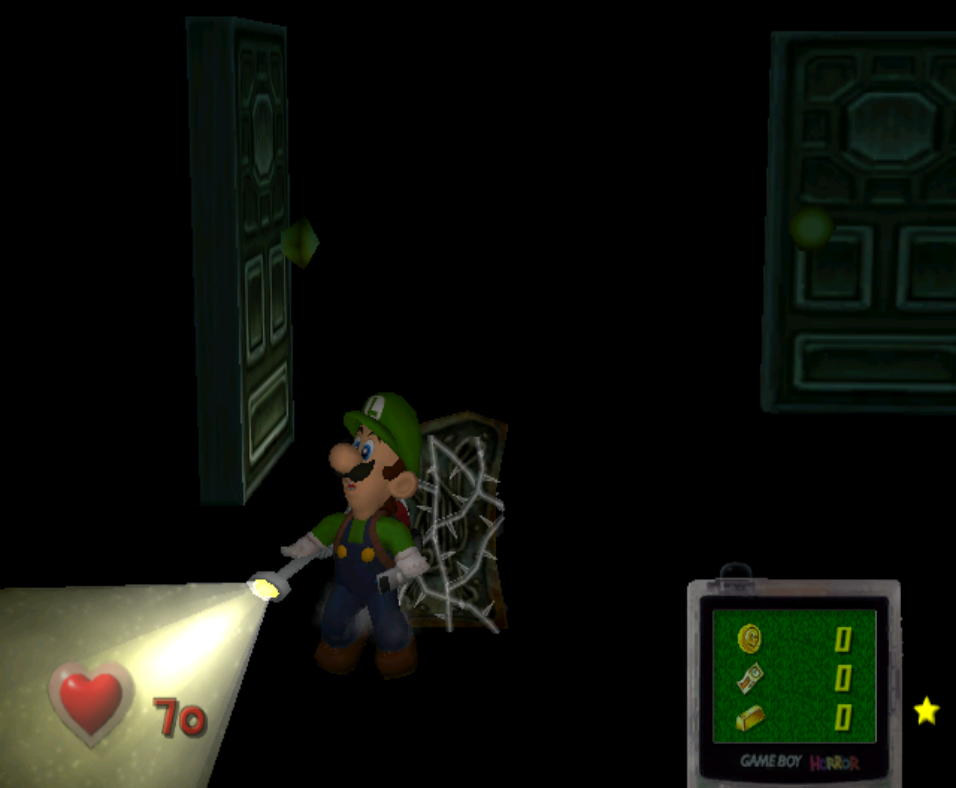 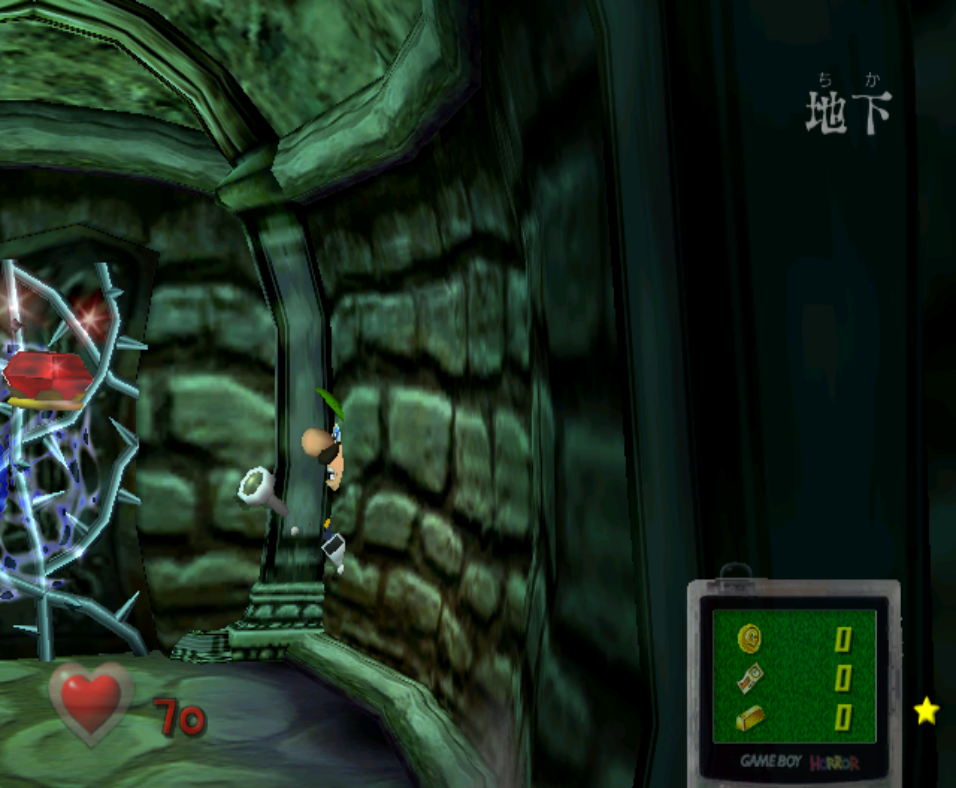 Samsara: Judging.
Samsara: Impeccably executed and extremely entertaining from start to finish. My sense of humor is apparently Luigi constantly saying his brother's name, because even on rewatching I was cracking up nearly every time that Mario button was smashed. The other entertainment choices were absolute gold as well. I never really saw Luigi's Mansion as a particularly good environment for playing around in, apart from smashing that Mario button, but every wait had something unique and fun about it. Lots of different little things were put together perfectly to make this just a great overall watch.
As for the note about the branches, I agreed with it in the thread, and I've updated the branches of both published runs accordingly. This run will remain branchless as well, as I'm accepting it to obsolete the currently published, and newly branchless, run!
Zinfidel: Processing...
Last Edited by Zinfidel on 1/25/2022 8:17:03 PM
Page History Latest diff List Referrers