: Samsara : despoa
Submitted by ShesChardcore on 8/14/2022 1:49:31 PM
Download Discuss and Vote Back to Queue All by this submitter

This submission is for the NES game Wall Street Kid, a stock market simulation game. To receive an inheritance from your late uncle, you must prove your worth to the family by showing expertise in managing your money, your health, and your relationship with your fiancee. This run contains some HIGH OCTANE MENUING and holding A for about 20 minutes but the TAS shaves off time in an unexpected way.

This is another instance of "taking one for the team" in regards to the TASMania Project. Because I don't enjoy having free time, I ran this RTA a while back with another runner, Zerfall. We tore through the game and used excel formulas to path out optimal buying and selling, shortest cursor routes (like buying a stock that was fewer inputs away from the start point) and worked the time down pretty well.
You'd think a stock market game would be RNG Hell. You'd be wrong. There are a bunch of stocks in the game, but they rise and fall basically the same per seed. You'd think there's probably a bunch of seeds. You'd be wrong again. There are 2. Yeah. 2 seeds that govern the overall gains and losses, with very little variance based on other in-game events such as buying your fiancee a dog or stereo systems or whatever. Luckily, the first possible seed (maintaining a start buffer through the title screen/intro) is the best. So we have the seed set, we know when to buy and sell, what to buy and sell, when to hike to keep our health up, when to appease our fiancee/wife... So how did I shave almost 3 minutes off the RTA runs when most of the game is just holding A? Some of it was just getting menuing done on the first possible frame and optimized cursor movement, but the rest...
Headlines. At the beginning of each day, you get a news bulletin. It shows a report on interest rates (meaningless) what stock groups are doing well (meaningless since we already know what they're going to be) what the top 5 stocks are in terms of growth that day (also meaningless) and those 3 things cannot be changed. However, the 4th piece of information is a News Headline, and these CAN be changed by delaying a frame or more when you advance to the next day/past a password screen/etc. The shorter these headlines are, the better. By strategically burning frames we can guarantee one of the shortest headlines every day, which can save 20+ frames per day vs. getting a longer one. Since the game takes about 3 months (minus weekends/holidays/honeymoon) these savings add up quickly.

The game starts on the first week of April. The first task is to buy a house. We start with 500k and the house costs a million. You have to buy the house by May 1st, but you can buy it sooner if you have the money to do so, and we do just that. You will get a phone call at the beginning of each week asking if you're ready to buy. If you say no, you get a call again the following week. If you say yes, you need to have the million in cash by the end of that week. The benefit to buying the house early is that it skips phone calls. He won't call you about buying the house if you've already bought the house, and the game doesn't advance time arbitrarily to move you to the next "stage"
This also opens up the bank sooner so that you can go in, yell NEED LOAN and get a loan for $800k. I know what you're thinking. Couldn't you just hold off on buying the house for a week and save up more stock money before you buy, giving you more profit from investing the million in cash you didn't spend? Sure, you can do that, but there's a big reason not to.
Jumping ahead a bit here but we want the end game to play out in a very specific way. The final thing you buy, the castle, is priced proportionately to how much money/stock value you have and this route is crafted to get to that point with just under a million dollars. If you have under 1mm when you hit the auction, you can bid 2 million on the castle and win it. If you have more than a million, the price goes up to at least 2.5 million. If you go super ham and try to maximize stock value day to day (not in a speedrun/TAS environment of course) the price can be as high as 10 million. So we basically build our wealth in such a way that we guarantee the cheapest castle.

The second thing to buy is a yacht for $700k. During this phase we'll also need to repay the loan to the bank, which is $840k (40k of interest) and not a whole lot happens here. The route is crafted to hold stocks for as long as possible, as buying and selling costs time so the fewer times we do that, the better.
After buying the yacht you have a honeymoon week and you can't buy or sell during this time. This is another reason why it's important to have only as much as we need since we can't offload stock if it's making too much money.

The auction takes place on 7/1 and we win with a 2 million bid due to the aforementioned cash flow manipulating. We have to pay 10% up front so it's $200k cash. The remaining 1.8 million must be paid by some date that we'll never see because we pay it off in 5 days...
The bank is very kind to us, so we go back in and shout NEED LOAN again and pick up the $800k. This puts us almost right at the 1.8 million, and we merely need a couple days worth of stock growth to win. The game ends when you pay the auction balance, so we never have to pay back the loan so we've basically swindled the bank out of $800k. Hooray Capitalism!

We did extensive research a couple years ago so I'm confident that this route is the fastest and I'm surprised how much time you can save just with perfect menuing vs human inconsistency. It's definitely faster than the other seed from everything we tested.
Suggested screenshot - Frame 74289
Samsara: 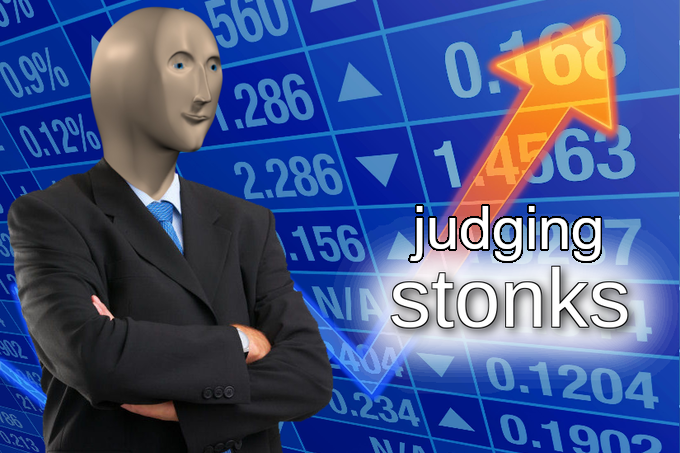 Samsara: I've replaced the file with an identical version that fixes the cycle count warning. Boy howdy, not gonna miss that particular bug.
This game's always fascinated me, both by itself and in regards to how TASvideos would treat an eventual run of it, and I'm happy to say that the latter of those has gotten significantly more positive over the years. The run and the submission text are fascinating as well from a TAS perspective, as it's a rollercoaster of defied expectations. You'd think a game about s t o n k s would be extremely random: Nope, just 2 RNG seeds, and the fastest one is easily achievable even in RTA. You'd also think a game with literally 2 RNG seeds would be trivial to get perfect times in: Nope, this TAS saves several minutes over the RTA record through menuing and text manipulation. What a thrill, with buying and selling through the night. What a thrill, I'm trading and I'll melt into you! I'm still in a dream! Wall Streeter!
Ahem. Accepting!
despoa: Processing...
Last Edited by despoa 8 days ago
Page History Latest diff