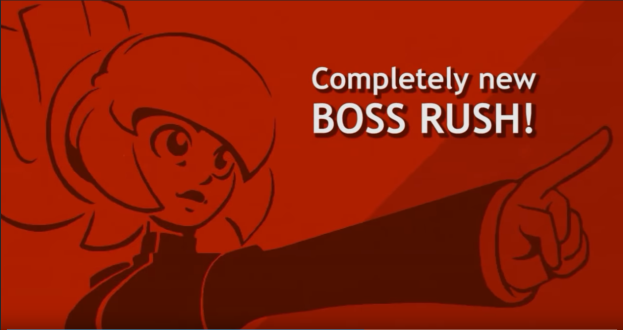 I don't need to introduce this game anymore so let's get to the important part!
This submission is a 306 frame improvement over the current publication for Lethal Rush while still not taking any damage. I'll go thru all the battles that had substantial changes and explain them one by one.

Inti sees two major improvements in both phases. Phase 1 was optimized by following improvements found by Serena in her no major skips submission. Most notably, using the usurper shot for gun boosting over stun gun allows Robin to shoot the final bomb earlier, and we also make use of crouching to decrease the extra momentum each character has after a successful yeet tag.
Phase 2 is improved with a better shoot pattern and minimizing idle time.

Another find by Serena, this battle is improved by intentionally delaying Phase 2 and manipulating rng to ensure we get the same attack twice. This minimizes idle time and allows us to get shots faster.
This particular discovery is the main reason this movie was developed.

Carver gets a minor improvement by optimizing the final blow with more aggressive wrench usage, allowing us to kill it even before it has stopped moving. We also recoil Robin downwards to start the post death cutscene as fast as possible.

Black's fight had to change due to a different RNG pattern, which we took advantage of. We also improve the fight by playing closer attention to Black's intangibility frames to optimize damage output.

Thanks to some empirical testing, I have found that we can rng manip to minimize the delay and movement between attacks. Using this, we minimize idle time and again get a better fight.

Mendel doesn't see much of an actual time improvement, but I consider this battle an improvement anyway as it has become much more impressive to watch. It incorporates more drop shots, shotgun swings, and other more engaging elements which make it one of the more chaotic fights in the movie. Hope you enjoy it!