BlobQuest is a 2021 NES homebrew in which a blob must collect 7 mystic rubies scattered throughout a dangerous cave to break free of the cave and the evil wizard's curse to regain its true form. This TAS aims to do this as quickly as possible by taking the fastest route through the cave and maybe flying across the screen at high speeds a couple of times.

Unfortunately, we can't just go around from the very beginning and collect all 7 rubies. No, we actually need to do what the game tells us and collect all 6 abilities to access new areas of the game. The route aims to visit as many rooms as few times as possible and get the abilities first and any rubies along the way before spending the last 45 seconds searching for the final 5 that are just out of the way.
The route we are forced to go goes:
jump < pipe < ruby < ruby < bounce < dash < squish < sticky < ruby < ruby < ruby < ruby < ruby
There really isn't flexibility when it comes to routing for this game.

The majority of the run is just regular gameplay with only the dashing ability potentially raising some questions such as 'why does it stop randomly' and 'why don't you just do it all the time?'. The answers to these are 'hitting a wall stops it completely' and 'there isn't always enough space, there's a cooldown and the stopping to charge up speed is very slow' respectively.
The real real fun comes from zipping which dr1ox1 told me about, if he hadn't I very much doubt this would have even left my userfiles. Zipping entails flying across the screen, either horizontally or vertically. This is done by holding down to squish on the same frame sticky is activated (which is a shame because it means it can only be down in the latter half of the game). This puts the blob in a temporary state where they will be permanently trying to move in the opposite direction while they are stuck to a wall. If it goes round a corner, it'll detach from the wall and go flying in that direction until it hits a wall or sticky is deactivated. It can also be its height can also be controlled when flying horizontally and it can also be moved left - right when flying vertically.
It doesn't just end here. If done right, the blob can catch a vertical edge of a block while flying horizontally and then be launched straight up. I don't think there are places where the opposite can be applied however. 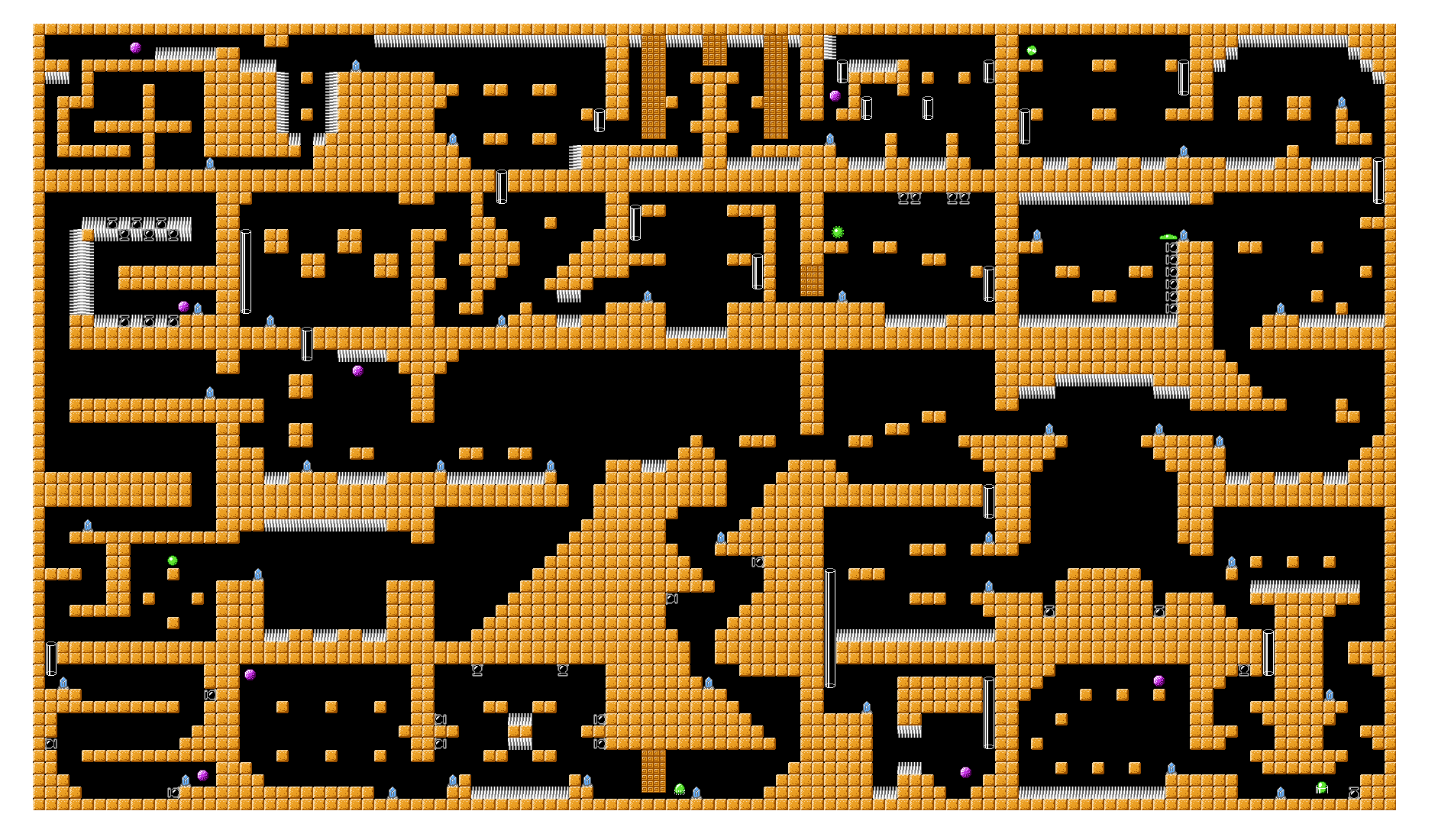