This run aims to complete the game as fast as possible while also getting all 6 Chaos Rings for the Good Ending.

Stages I collected 50 rings in:

These stages were the best candidates for getting 50 rings without having to go too far off the pre-planned path and lose a bunch of time.

You may notice that I delayed entering Amazing Arena and Speed Slider for a good amount of the run. This is because I needed the proper level layouts for getting 50 rings. Now what do I mean by that? Knuckles' Chaotix has a sort of "day/night" cycle, with four times of day: Morning, Day, Sunset, and Night. These aren't just palette swaps though. These also change the level object layouts and even change boss difficulty. It also changes Metal Sonic's roulette RNG during the final fight, but that's not important this time around. For this run, I needed the Sunset layout for both AA1 and SS1, as these were the layouts that had the most amount of rings on or around the path I would normally take through the level.

I want to thank Hagenburg (the RTA world record holder as of me writing this), rodonic1, and andy120195 for helping me out with routing, suggesting improvements to my route, and suggesting that I submit this run here. I also want to thank Hibnotix, for inspiring me to start making runs of Chaotix!
I am unsure of any major improvements other than some better optimizations in the hub, levels and special stages, different routing throughout the levels, or changing one of the levels in which you get 50 rings. I've also been theorizing that maybe having different characters could end up being faster, like Knuckles for the wall clipping, but instead of Espio, you use Mighty, since he's one of the fastest characters in the game. 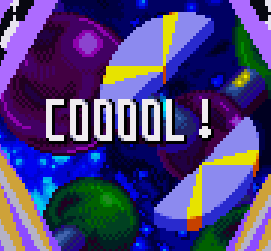 Much like your any% submission, this is another great run! Even the stages where you collected rings were over in a flash, Botanic Base 1 in particular being so fluid that I didn't even realize the rings were collected until the score tally started going.
I'm aware that this run is likely still improvable, but what's here now is definitely high quality enough for publication in my opinion. Accepting as a new category!
EZGames69: Processing...
EZGames69: Changing category name to "best ending" not only because that's the name we use for these types of runs, but also that's what RTA calls it.
Last Edited by Tuffcracker 14 days ago
Page History Latest diff