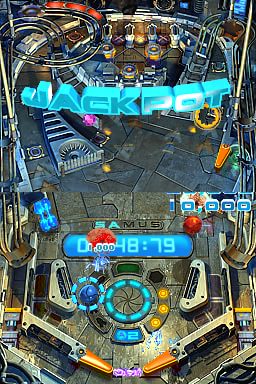 Watch
In this spin-off game based on Metroid Prime, Samus gets knocked and rolled around a pinball table in Morph Ball form. The table contains Metroids, which can latch onto her and suck away health. Tables initially include the surface of Tallon IV, the Pirate Frigate, the Phazon Mines, and Phendrana Drifts, though more can be unlocked by finding and collecting Artifacts, which are found by destroying Space Pirates and other dangerous creatures in certain missions.
In this TAS, Noxxa extensively uses the game's nudging mechanic to give additional momentum and control to the ball's trajectory, along with crazy pinball action to collect the twelve Chozo Artifacts and beat the final boss as fast as possible.
The baseline tab shows the default movie beating the game as fast as possible without any special conditions.