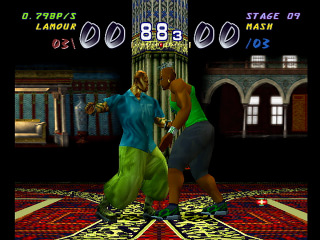 Watch
Simple 1500 Series Vol.30: The Basket ~1 on 1 Plus~ is an updated version of the game 1 on 1, featuring more characters as well as a slightly tweaked way of shooting the ball, as opposed to the original release. The game is played over two rounds or until one of the contenders reaches a set amount of points. The players take turns being on the offense and the defense. If the player on the defense successfully steals the ball from the offense player, they switch positions.
Spikestuff shoots three points ten times in record time.
The baseline tab shows the default movie beating the game as fast as possible without any special conditions.