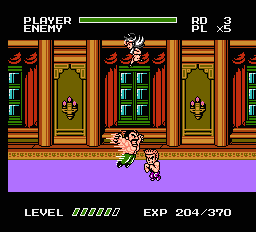 Watch Download (.fcm)
Author notes Discuss
6 / 10 Votes: 23
Mighty Final Fight is modeled after its arcade cousin Final Fight but features more cartoon-like graphics and lacks multiplayer. In this movie, the mayor of Metro City spins, punches and piledrives his way to save his daughter, all without the benefit of a shirt. The author rarely takes damage, with the notable exception of multiple suicides down an elevator shaft.
This is nearly a minute and a half improvement over the previous movie.
Also, the author made a switch from the JPN version to the USA, which results in a 5 second slower intro screen.
Published on 2/19/2008
Obsoletes:
NES Mighty Final Fight by Xipo in 10:24.47