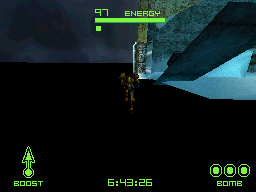 Watch
Metroid Prime Hunters is the DS spinoff to the "Metroid Prime" trilogy, involving Samus in a race against six other bounty hunters to collect the eight Octoliths and get the "Ultimate Power".
At least, that's what was supposed to happen. Unfortunately for those bounty hunters, Memory is on the case. Thanks to a variety of tricks, out of bounds glitches, and optimization, Samus blazes through various planets in the Tetra Galaxy and collects the eight Octoliths in record time, destroying everything in her path. World's greatest bounty hunter indeed.
For those curious to see how the series originated, we also have a run of the original Metroid.
The baseline tab shows the default movie beating the game as fast as possible without any special conditions.