Our hero, G, has spent most of life without a father figure. When asked to go on an epic journey, the king only gives him 50 pieces of gold. These issues anger G, causing him to allow Baramos wreak havoc on the overworld while G goes straight to Alefgard, which has better outside walking music anyway.

I submit this movie and ask that it not obsolete the current “non-glitched” run of the game. The glitch allows a HUGE part of the game to be skipped (the boat, the orbs, and Baramos). Playing with the glitch is almost like TASing an entirely new game. I hope you all enjoy this TAS.
A large part of my time spent making this movie involved route planning. Another time-consuming venture was doing a cost-benefit analysis on what items to glitch, how useful the items are, and how much time it takes to glitch them.

Brief Summary (spoilers in this section)

The beginning of the movie is similar to my full run. I start the game, pick up two pilgrims (reason for this is mentioned later) and a wizard, and go on my way. I still complete the Tower of Najima and Cave of Enticement dungeons, but I pick up some extra treasure along the way, and buy a Thorn Whip in Reeve. I pick up the Poison Needle at night in Kanave.
This is where the movie becomes drastically different than the full run. Instead of walking to the Magic Key, I get the Dream Ruby (note also that I have already picked up my party). I die, and buy some Bronze Shields in Romaly, and walk to Assaram, using the Fairy Water along the way. I then buy a Spider Web for 4 times the retail price in Assaram, and walk around until night. I want to get my fortune told (i.e., get a backrub).
This is the beginning of the Dream Ruby glitch, brought to our attention by Dwedit, who provided some invaluable information in the making of this TAS. You may want to fast forward through this part of the movie where I am performing a memory corruption glitch. I will fully explain the glitch at the end of this submission text.
I return to Kanave and sell my Black Raven for 58,500 gold pieces. My poverty problem is now solved. I buy some herbs and another wing. Notice at this point, 3 of my characters have a maximum HP of zero. I need to fight some enemies to give me some HP-gaining level ups, but I cannot get touched even once, or I will die. What enemy works for this? Bomb Crags will do nicely. Notice how I take down 4 bomb crags in 3 rounds… How does this happen? My hero has a Poison Needle equipped! After a satisfactory level gain, one of my pilgrims uses his Wing of Wyvern and goes to….Rimuldar?!?!? Immediately, I get a VERY lucky Metal Babble fight before even using the inn. One babble runs, but the other attacks and misses! This is a great opportunity for a Poison Needle strike. I walk into town, and using my leftover Black Raven gold, buy some more armor and use the inn.
On the way to Zoma’s Castle, one of my pilgrims uses a spare Rainbow Drop that he just happened to have from a previous journey. The Granite Titans get “defeated” quickly. How did a level 18 pilgrim learn that spell anyway? My wizard learns the StepGuard spell in the 2nd Granite Titan fight.
Unfortunately, the Ortega fight is unbearably long and there wasn’t much I could do about it. Seeing his father die, G feels vindicated about his absence for the last 16 years. I pick up the Sage’s Stone, Leaf of World Tree, and Wizard’s Ring. The Wizard’s Ring is extremely valuable at this point.
The last floor of Zoma’s Castle involves some insane luck manipulation. The King Hydra fight takes 3 rounds of battle and kills the wizard, and the Leaf of the World Tree comes in handy after the fight. However, Baramos Bomus gets annihilated in 1 round. Zoma gets taken down by Healall and herbs. Onto Tantegel (for the first time) so I can meet the king and become Erdrick. Roll the credits.

The glitch basically allows you to play as if you have a game genie. It allows (limited) access to memory addresses, and lets you screw them up. You can glitch items, spells, return locations, infinite gold (not shown), and infinite experience points (not shown), among other things. In a test run, I got two characters the infinite experience points, which gets them to level 99 after one fight, even if the enemy runs away. However, I didn’t feel like the audience wanted to watch 99 level ups.
To start, kill of your hero, and use the dream ruby to make the rest of your party members numb. Then, use the cut-scene in Assaram to get your fortune told. The game performs some “bad math”, which messes with memory addresses.
Items are the easiest to glitch. To glitch an item, put the item you want to glitch at the top spot in the second person’s inventory. Each step taken in the fortune telling room will turn the item into the item 2 spaces below it in the RAM map. http://www.datacrystal.org/wiki/Dragon_Warrior_III:RAM_map
However, I noticed something here that was initially overlooked by everyone else in the discussion forums. Glitching items can let you equip weapons and armor that normally can’t be equipped by certain characters. This is a huge advantage to help me win the game a low level. However, since the item glitched must be at the top of the inventory slot, and transferring items (even to yourself) unequips them, only 1 ‘special’ item per character can be equipped. Due the nature of the equip screen, I decided that a shield would work best, since this means that a legit armor can still be equipped. However, I use this to give my hero a Poison Needle.
The return locations are difficult to glitch, but I perform this in the first step of the room. Put simply, it involves using the fairy water, and waiting for a certain musical note in the town song to play. Put technically, address AD (fairy water) needs to be 1E (number of steps left), and address D8 (music related) needs to be 61. A big thanks to Dwedit for figuring all that out. Without return locations, many more items would have needed to be glitched, such as orbs and the black pepper. Note that I never get a boat in this game.

Items that I glitch

This table shows what is going on in the glitch room, in no particular order.
Non-glitched useful items include two magic armors and an iron mask purchased in Rimuldar.

Here are some things you may wonder about.

I encourage others to try this run. I glitch many items, which takes almost 7 minutes real time. A ‘bare bones’ glitch run would involve getting only the magic key, rainbow drop, return locations, and the sphere of light, but would involve a lot more leveling up due to less equipment. You could think of this run as doubling as a “minimum level” goal if there ever were such a competition. As for this run, I would like to thank Dwedit, who offered much help and figured out how to glitch Alefgard return locations.

Other stuff:
NesVideoAgent: Hi! I am a robot. I took a few screenshots of this movie and placed them here. Here goes! Feel free to clean up the list. 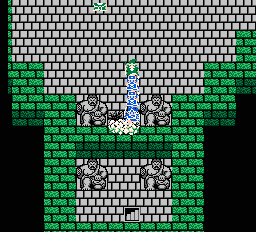 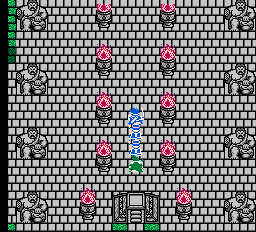 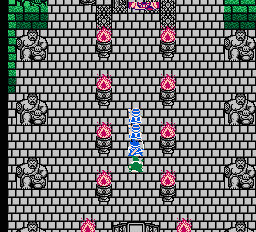 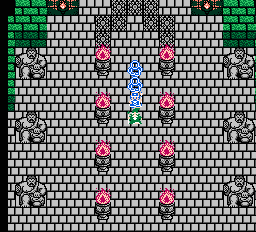 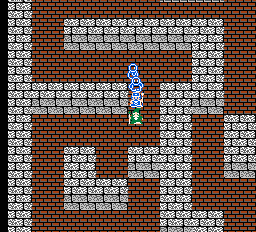 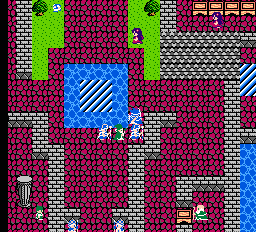 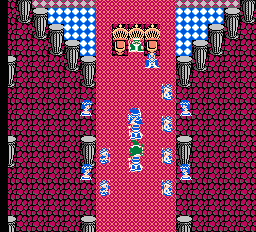 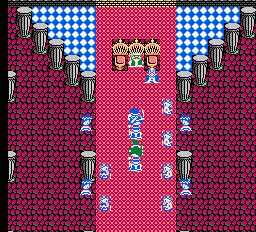 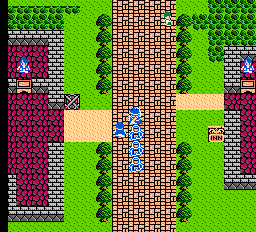 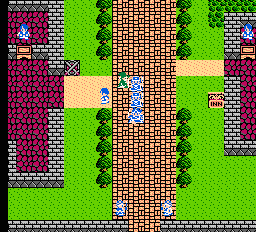 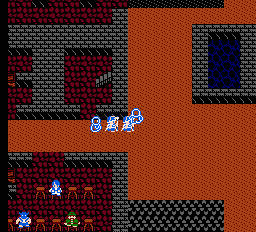 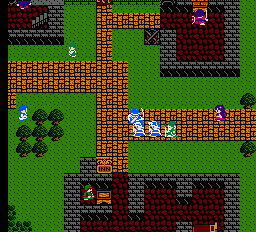 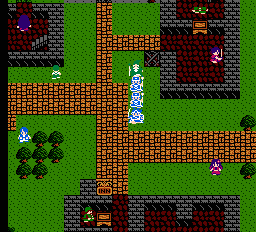 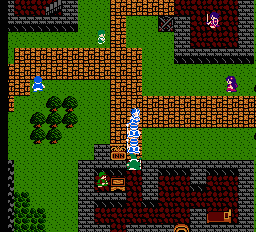 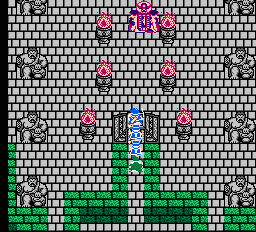 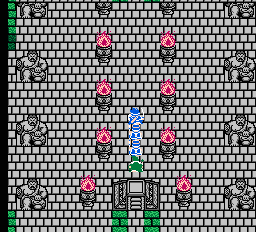