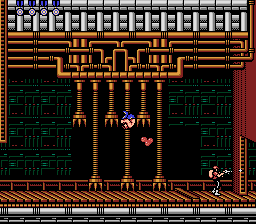 Watch on YouTube
Author notes Discuss
7.1 / 10
Published on 6/6/2004
Trivia: This game was released as Probotector in Europe with slightly modified graphics. It is also known as GryZor on some other systems.
It's the guy who has infinite supply of ammo and who destroys worlds barechested.
This Contra movie is 8 seconds faster than Genisto's version, which was here earlier, and shoots much less.
Obsoletes:
NES Contra "1 player" by Genisto in 10:15.10