This game features two characters, Clint and Annie, who live in the 1850's and get attacked by an evil warlord and his army of mechanoid killer diabolical robots. Or maybe they live in the future and just have a thing for dressing up like cowboys (and cowgirls). Either way, they have to fight through innumerable enemies and bosses, all out to destroy our heroes.

Both character crosshairs and body movements are controlled by the same buttons, so moving the crosshairs to the right will also move the character that way. This can complicate things somewhat when trying to keep the crosshairs at one spot but needing to avoid enemy projectiles. Each character starts off with a normal rifle that has a never-ending supply of ammunition, but can be upgraded with different weapons collected from dead enemies. Extra weapons include the pellet gun (does no damage), the shotgun (5 pellets per shot), the machine gun (a faster version of the rifle), and the grenade launcher. There is also a Vulcan gun, which magically appears in the characters hands whenever the meter below the characters name is filled. This meter fills by shooting enemies bullets out of the air, and the vulcan gun appears once the 65th bullet is destroyed. The vulcan meter rapidly decreases with time when the vulcan gun is present, and if it reaches 0 the previous gun will be restored, however if the meter is still draining when a level ends, the remaining meter will be cut in half to start the next level. Unfortunately most levels have fairly long fade out sequences, so there usually isn't much of the Vulcan meter left to start the next level. The standard rifle, grenade launcher, and vulcan gun are used exclusively in this run, along with sticks of dynamite thrown from enemies, and the massive, full-screen bombs that damage everything in sight (denoted by the small purple marks near the characters name). These can also be picked up when dropped by enemies. One last "weapon" utilized is the ability of the character to throw an enemy-paralyzing lasso by rapidly tapping the fire button (usually 3-4 taps in an 8 frame span does the job). This is useful for freezing enemies to either keep them where I want them, or prevent them from entering another phase of attack.
Each level consists of some combination of timed levels and bosses. The time shown on the counter actually is representative of 110 frames (nearly 2 real time seconds). Whenever the timer reaches 0, a boss will appear which is destroyed as fast as possible. The hook to this game is that whenever an enemy is killed, the game timer drops by one in-game second, lowering the total time needed to complete the level. There is no bonus time taken off for killing the enemy as fast as possible, so many times I let the enemies live for a while to either let them fire at me (in order to build up my Vulcan meter), or produce multiple kills (at one point I use a stick of dynamite to take out six guys with one shot). This, in my opinion, produces a much more entertaining run. At the end of each level is a boss, which is taken out as quickly as possible using several methods. All enemies that are able to be killed, are killed, with the exception of two at the end of levels that could not be destroyed due to the firing rate of my guns not being able to deal enough damage before time runs out (when they are automatically destroyed).

I strictly stick with any and all explosion producing weapons in this game. Why? For starters, they have a wide damage area, and are able to kill multiple enemies at once, as well as have damage pass through one enemy in the foreground to strike an enemy in the background. Secondly, I LIKE EXPLOSIONS. With that said, there is some lag present in this run that would not be present if, say, the machine gun was used. However, it is minimal, and because I think it looks a whole lot cooler to have the screen filled up with red and orange flames, I consider it an entertainment trade-off. Also, I waste one frame in the beginning because Annie's ass looks better in white.
This game can get pretty dull while waiting for enemies without some sort of fanciful cursor movements to fill the time. There are several easter eggs that I produced with cursor movements, including text, pictures, games, patterns, and many other things. Some of them may be tough to catch watching full speed, but paying attention in slow motion isn't too tough to figure out what they are. Of special note is a tribute to one of TASvideos most prolific and loved (well, by some at least) members in level 2-1, and a fun game of billiards. I also try to make the two bonus levels enteresting, complete with 8 consecutive crotch shots in the first one. All in all, I tried to make this as entertaining as possible, without sacrificing time (with exceptions for lag, as stated).
One area which could lead to further time savings, but in my opinion would produce a sloppier looking run, is neglecting to collect all of the bonuses and items (money bags, jewels, and weapon upgrades). This would make each bonus tally screen at the end of each level shorter, but would also decrease the overall "wow" factor. So, I have chosen to collect all items and or weapons upgrades unless it costs me time or would cause me to change ammo type. I think there's around 3 or 4 ammo upgrades I neglected to take, a gem in level 2, and two gems in the final boss I decided against taking. Overall, the time added to the score tally is negligible.
Easter Eggs, don't read if you haven't watched! 1-3: “TAS” spelled out (T & S at the same time, A in the middle). 2-1: “JXQ=TAS!” Some of the letters overlap due to lack of space, but it is there. 2-3: Game of billiards to pass the time. Bonus 1: 8 crotch shots followed by the word “OW” spelled out. 4-1: Two “Z”s, followed by “GO”, because I was bored. 4-2: The last enemy is killed by invisible shots ;). 5-2: The horses can’t be killed, but I shoot at some of them to piss of PETA. 5-3: Smiley face! 5-4: “BOSS” spelled out. 5-5: “#2” spelled out. 6-2: Moonwalking x 2.

Manipulation is a big part of this game, from getting enemies to shoot when and where you want them to, to weapon selection. I manipulated the grenade launcher to appear 24 times, which is impossible during real play, especially with the mystery weapon upgrades that give you different weapons depending on at least 3 different criteria (who shoots it, the number of shots total between the item appearing and the item being collected, and frame of collection). However, due to the ability of being able to deal with enemies as I saw fit, finding the right frame to manipulate the right weapon wasn't too tough.

All aspects of Nightcoms run have been improved. The most noticeable change is the addition of a second player. This allows for more damage to be delivered, and more of the screen to be covered when needed. Having a second player does increase the boss HP by some (usually between 10-20%), but this is more than made up for by being able to shove grenade shells where the sun don't shine at a ridiculous rate. As stated before, all enemies are destroyed (yielding massive time improvements), all bosses are completed faster, and the transition screens between all levels are dealt with quicker. Even the bonus screens are completed faster (with the exception of level 3), despite collecting most of the items available.
However, this run is improvable. I only started RAM watching the number of items collected per character somewhere in the third level, so the levels previous to that have lopsided item tallies. With better item collecting, these could be avoided, saving around a second overall. I allow the jellyfish boss to enter a phase where he is invulnerable, because I had run out of grenade shells for Clint and had a Vulcan gun ready and waiting. With better ammo management, this could probably be avoided, saving around 10 seconds. I'm sure other techniques and minor changes could probably get this game down to 18:45, but because of the way the in-game timer reads, there is most certainly a cap on how quickly it can be completed. Overall, I think these short-comings are worth seeing a 3 year old movie obsoleted with a much shorter and more entertaining run.

This is my longest solo project completed to date, and while I had fun making it, I'm tired of this game. Trying to use two players to create an organized, entertaining show was a mental strain at times, because there is only so many ways to move a cursor. However, I think the end product came together nicely, and looks fairly polished. I hope you enjoy watching it, and any questions will be happily answered in the discussion forum. Happy watching!
NesVideoAgent: Hi! I am a robot. I took a few screenshots of this movie and placed them here. Here goes! Feel free to clean up the list. 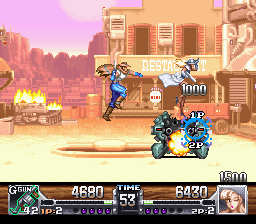 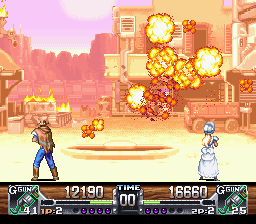 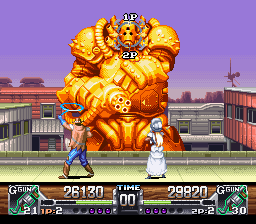 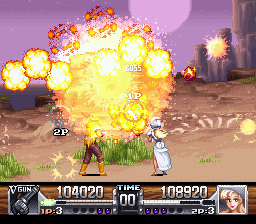 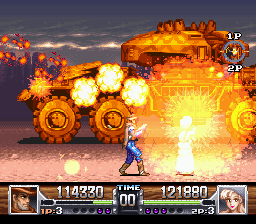 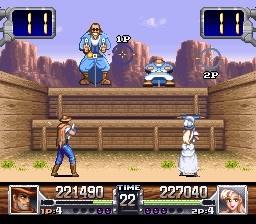 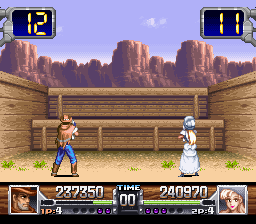 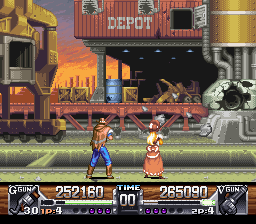 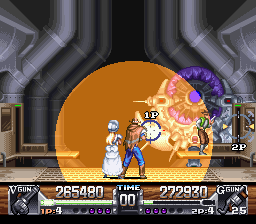 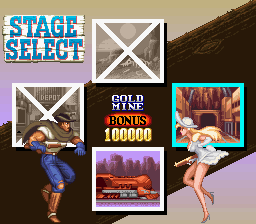 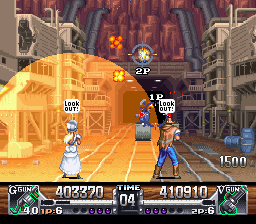 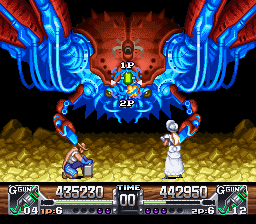 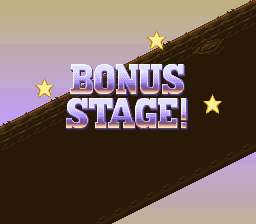 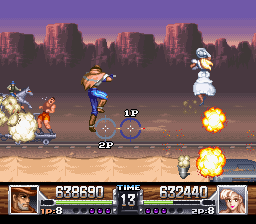 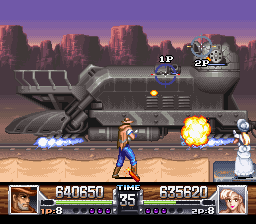 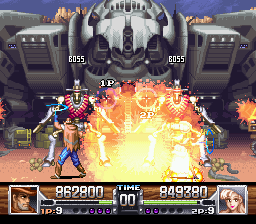 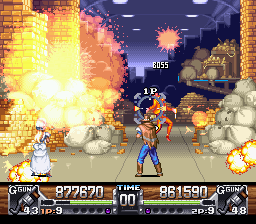 adelikat: Accepting for publication as an improvement to the published movie.
Maza: Encoded.
Last Edited by TASVideoAgent on 11/6/2008 9:15:23 AM
Page History Latest diff List Referrers