Hi, here is another improvement of SMB2j Luigi run. I've started working on this movie some days after Deign has submitted his run. I fell it could be improved as he loses 21 frames at 4-4.
But this movie is not 21 frames faster, it is 85 frames faster.

While toying with 1-2, I found that it is possible to enter the piranha plant pipe, at end of 1st section, 21 frames faster by not jumping and entering at very first possible frame by slowing down Luigi instead. Then, I've decided to do like in Mario's movie and run in the upper section which saves another 21 frames. The reason is that the piranha plant spawns earlier which makes it enter the pipe earlier. So, 42 frames faster after 1-2.
The second improvement was completely discovered by accident. I don't know 100% where and why it happens. It is in 4-3, I did finish the level 21 frames faster. My theory is that Deign lost 1-2 frame(s) to achieve the flagpole glitch which was sufficient to lose an extra 21 frames. 63 frames faster after 4-3.
The 3rd improvement is at 4-4. I simply beat the level as fast as possible and the randomness at Bowser was good. There was no luck manipulation, I just got lucky. So another 21 frames for a total of 84 frames.
The last improvement is at 8-4, at 3rd section, after the water one. I simply jump while crouched to reach the pipe and I gain 1 frame. A total of 85 frames faster.

Reput the glitch where the vine can be heard twice at end of 4-1 which was removed in Deign's run.
klmz in his Mario run was wondering how he could kill Bowser with 4 fireballs instead of 5. If I recall correctly Bowser is divided into 2 parts. My theory is that 1 fireball can hit both Bowser's lower and upper parts at same time. At 9084 in my movie, 2 enemies are killed with 1 fireball. If my thoery is right, then it might even be possible to kill Bowser with 3 fireballs.
At 5-2 and 8-2 I make the fireballs to bounce on the pit. I don't know why it does that. It makes me feel as Luigi or Mario could jump on the pit at right frame but my tries all failed.
At end of 5-2, a fireball was thrown so the "Enter the pipe" sound effect has been removed.
If you notice carefully, at 8-1 castle, just before the countdown, the screen is shaking for 2 frames. Kinda weird.

Other than improvements and glitches, I also tried to higher the entertainment value. Like doing some combos and killing the false Bowser at 8-4.
On this, "Hurrah to Luigi" and Happy New Year everyone.

To klmz, Deign and all my fans for supporting my works.
This ends your trip of a long friendship.
Bisqwit: Updated submission file.
NesVideoAgent: Hi! I am a robot. I took a few screenshots of this movie and placed them here. I'm not sure I got the right ROM though. (I'm not even sure which ROM I actually tried.) Well, here goes! Feel free to clean up the list. 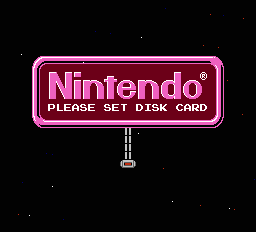 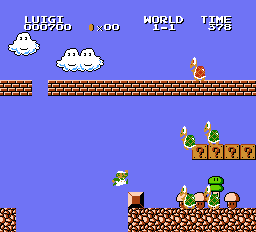 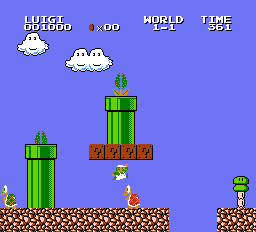 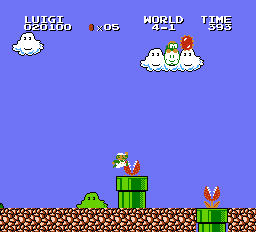 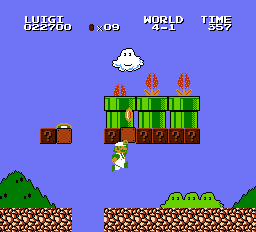 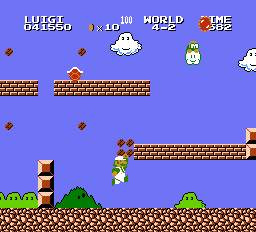 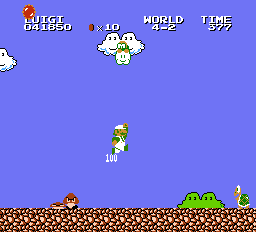 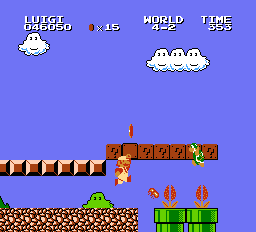 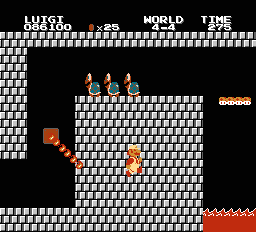 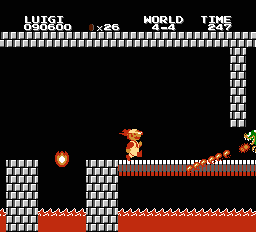 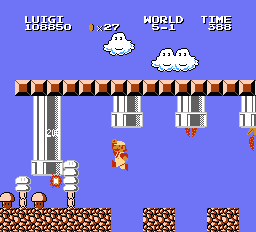 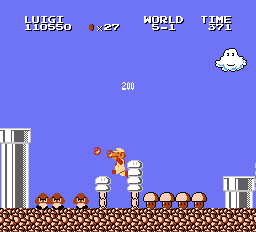 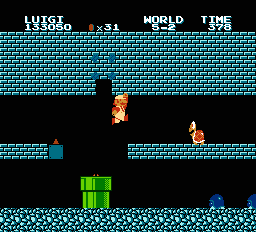 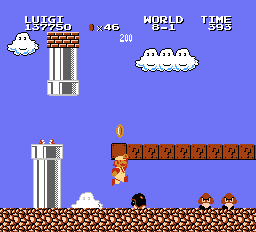 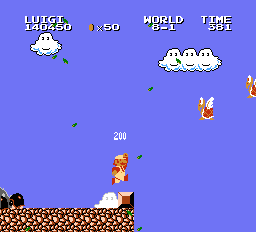 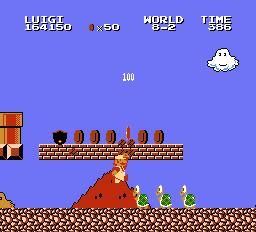 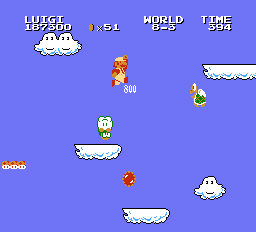 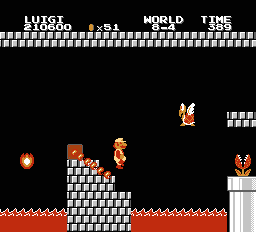 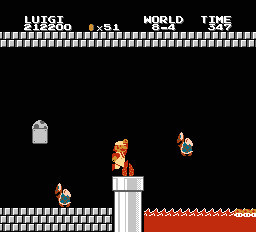 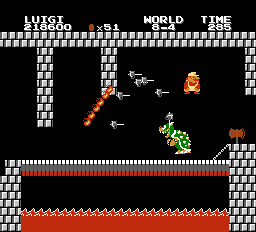