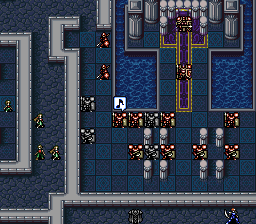 Watch
Fire Emblem: Thracia 776 (ファイアーエムブレム トラキア776) is the 5th game of the Fire Emblem series, which only saw a release in Japan originally. It takes place during the events of Fire Emblem: Genealogy of the Holy War, where Leif attempts to re-take Manster and free northern Thracia.
The game features a ranking system, based on the total turn count throughout the playthrough and how many of the 47 units are still alive at the end of the playthrough. lapogne36 attains the best possible rank (SSS Rank), where all units are still alive, in record time.
This TAS was done in a new game+ setting, where the movement of the units is increased.