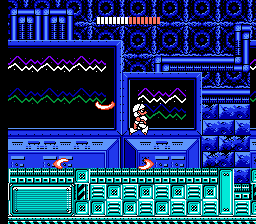 Watch Download (.fm2)
Author notes Discuss
7.33 / 10 Votes: 11
Metal Force is an unlicensed game developed by Open Corp. (who also made Buzz and Waldog) and released in 1994 in South Korea. It is of surprisingly solid quality for an unlicensed title. It controls similarly to classic Mega Man games, except you have two different weapons which you can switch between and upgrade by collecting powerups from enemies. Aside from that, it is a linear adventure comprised of 7 missions, with a boss battle at the end of each. The stages of each mission are quite expansive and packed with enemies and obstacles.
This game was run as part of TASVideos' Dream Team Contest 5, and this TAS was built on a combination of multiple submissions of said contest - hence the high number of authors.
In this TAS, the authors make expansive use of the weapons and the various boosts in order to beat the game in 13 minutes and 9.6 seconds.
Watch this run being played back on a real console.
Published on 2/23/2015 12:00 AM
See full publication history
Game:
Metal Force
Genres:
Action
Platformer
Unofficial game