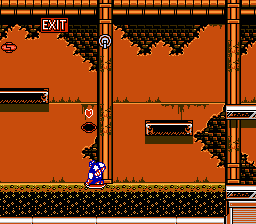 Watch Download (.fm2)
Author notes Discuss
6.4 / 10 Votes: 7
Captain America and the Avengers is a game developed and released by Data East in 1991. It features the Marvel Comics characters The Avengers in a side-scrolling action platform to defeat the evil Red Skull.
In this run, Xipo takes a full advantage of a forward slide and all types of Captain's shield attacks, he even swims on the acid in it! Though he ignores the power-up system, because collecting the poles he would lose more time than could be gained by more powerful attacks.
This run is 00:10.45 seconds faster than xipo's previous movie due to skipping two "Red Alert" screens.
Published on 5/23/2015 12:00 AM
Obsoletes:
NES Captain America and the Avengers by Xipo in 14:27.72