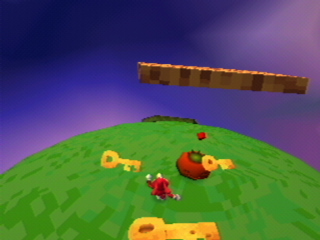 Watch
Yo! Noid 2: Enter the Void is a fan-made sequel of the NES game released in 2017. It features the titular Noid, as he embarks on a redemption arc to remain the Domino's Pizza mascot.
rythin completes the game in record time.
Note: The ending has some heavy flickering going on, which may trigger epilepsy.
This is the first ever MacOS publication on this site, made possible by unofficially porting the MacOS version over to Linux, as it's a Unity game, and TASing it on libTAS.
The baseline tab shows the default movie beating the game as fast as possible without any special conditions.