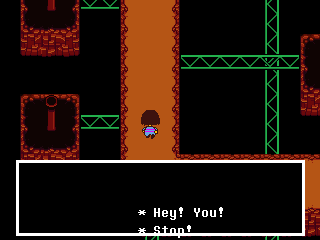 Watch Download (.ltm)
Author notes Discuss
8.32 / 10 Votes: 7
Undertale is an RPG video game created by American indie developer Toby Fox in 2015.
The player controls a child who has fallen into the Underground: a large, secluded region under the surface of the Earth, separated by a magic barrier. The player meets various monsters during the journey back to the surface. Some monsters might engage the player in a fight. The combat system involves the player navigating through mini-bullet hell attacks by the opponent. They can opt to pacify or subdue monsters in order to spare them instead of killing them. These choices affect the game, with the dialogue, characters, and story changing based on outcomes.
There are 3 main endings: Neutral, True Pacifist, and Genocide. This movie attempts to reach the True Pacifist ending in the shortest amount of time possible. This route showcases almost all of what Undertale has to offer as a speed-game.
Published on 9/23/2019
See full publication history
Game:
Undertale
Genres:
RPG

Emulator Version:
libTAS v1.3.4
Webmasters, please don't link directly to the files. Link to this page or the front page instead.
Republication of movies from this site is only allowed under the following conditions:
Do not label them with speculations. If unsure, ask the site staff for details.