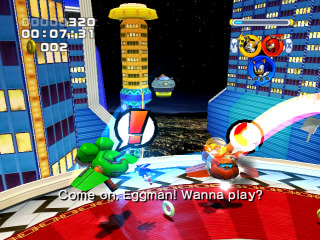 Released in early 2004, Sonic Heroes is a 3D platformer that sees four teams of characters seeking to take down Eggman’s army of robots. In this game, the player can switch between a team’s three characters, which each have unique abilities, to overcome various parts of each stage.
THC98 and Malleoz play through the story mode as Team Sonic in record time.
Published on 3/28/2020
See full publication history
Game:
Sonic Heroes
Genres:
Platform