Welcome, this is the discussion board of TASVideos.
If you have a question, please read the Site FAQ first to see if your question has already been answered.
Be sure your posts conform to Site Rules
We also have a Discord server and an IRC channel #tasvideos at irc.libera.chat...
1 2 3 4 7 8
Posted: 7/6/2012 8:27 PM
Quote

NICE you managed to get Yoshimitsu. When Jin is on the ground charge up a suicide, it would make it funny, 'cause during the time he is on the ground you can charge up a stab on yourself and then hit him on the second, For most likely a Double KO. (This is instead of the sword on ground)
Disables Comments and Ratings for the YouTube account. These colours are pretty neato, and also these.
Posted: 7/6/2012 10:08 PM
Quote

Joined: 3/2/2010
Posts: 2173
Location: A little to the left of nowhere (Sweden)
Sorry to say but your fights still do not have a flow, I did however like the explosiveness of the first part of the Yoshimitsu fight. The Bryan vs Jin fight was ... despicable, I've seen beginners play better and more interesting in real time. (I know it's a difficult move to land on Very Hard, but it's not entertaining at all)
Posted: 7/7/2012 10:02 PM
Quote

Joined: 5/11/2004
Posts: 1049
Finishing the fight with LP, RP, LP, LK, not comboed looked pretty lame. A play around can't afford to have parts that dull when it's possible to put something more unusual, entertaining, and/or impressive in. It should always give the impressive it's being played by something notably better than the world's best player.
"Great spirits have always found violent opposition from mediocrities. The latter cannot understand it when a man does not thoughtlessly submit to hereditary prejudices but honestly and courageously uses his intelligence."
Posted: 7/11/2012 3:24 AM
Quote

Yes you did the stab :D. Nice work on Round 1 eddy I liked it alot
Disables Comments and Ratings for the YouTube account. These colours are pretty neato, and also these.
Posted: 7/11/2012 5:23 AM
Quote

Joined: 3/2/2010
Posts: 2173
Location: A little to the left of nowhere (Sweden)
Looks better now, now you have a flow. Try to knock Jin down so that he rises into your suicide, now that would be hilarious. For the Law vs Eddy fight, try to incorporate the Mugging move, and also the Tricky Step -> Fake Step Blow move. Remember to try to set up a glitched parry throw or 2 throughout the TAS, there are how-to videos on YT for how they work. Not all characters can do these, but I think Paul's glitched parries are pretty funny. (Check them all, I might have forgotten one that is funnier)
Posted: 7/12/2012 10:07 PM
Quote

Editor, Experienced Forum User, Experienced player (859)
Joined: 1/23/2008
Posts: 529
Location: Finland
I feel like I should replay Tekken 3 at some point if I wanted to give any meaningful feedback on the WIPs. In the meanwhile, I recommend you research the game and the characters more to know exactly what you can do with them in the matches. Tekken 3 is a popular enough game that many people have already stretched it to its limits in the past, so your job of creating superhuman, all-around awesome and surprising gameplay is especially demanding. The expectations are high...!
Posted: 7/12/2012 10:18 PM
Quote

Joined: 5/1/2012
Posts: 468
Location: Canada
It would be greatly appreciated. As far as characters goes I just look for the best combos I can find over the web and youtube. It's greatly difficult mainly as no one really likes sharing secrets or the ultimate juggles due to it still being played a lot online today. Tekken 3 is indeed pushed to the limits, but it's shrouded with many players who just don't want to give others an edge of any kind. Even some the FAQ's actually give juggle combos that purposely don't work fully.
Posted: 7/13/2012 8:10 PM
Quote

Joined: 5/11/2004
Posts: 1049
a lot the juggles require somewhat precise timing, and spacing, need to dash or move forward in between hits often. In the first combo I think you can do his DF + RK,LK to hit on the ground at the end. After yosh's leg launch, I know you can do the standing suicide, maybe with a dash away you could somehow connect with the dashing suicide.
"Great spirits have always found violent opposition from mediocrities. The latter cannot understand it when a man does not thoughtlessly submit to hereditary prejudices but honestly and courageously uses his intelligence."
Posted: 7/18/2012 10:35 PM
Quote

Now that we have this Tekken TAS I'm going to disagree to what I answered with earlier. Also for request to Cooljay can we switch the topic to "Tekken 1/2/3" as creating another Tekken forum would seem to take up more space and Tekken is usually something that isn't talk much on.
Disables Comments and Ratings for the YouTube account. These colours are pretty neato, and also these.
Posted: 1/23/2014 12:27 AM
Quote

Yay it's now known as 1/2/3 thanks Cooljay. I've looked over my older TAS and thought about improving it. > Goes for In-Game time > Goes for Speed over Entertainment > Hardest Difficulty > Aims for the Vault Link to video Saved more frames from the start over the last one. Nina + Michelle: - Fast strat worked Link to video Law: - After 4 times of using fastest strat it becomes ruined any hit I attempted to do on Lei failed and he would attack back so I needed to do a move which gave me an advantage over him. - I also get lag frames at the end of this fight. Jack 2: - It's 1 frame slower due to the fastest strat being screwed over so I loose 2 frames. Jun: - Round 1 I loose 3 frames from fastest strat. - Round 2 I needed to change strats again but I needed to do something similar to my old TAS but a bit faster (0"51 ingame faster). DKO is same length as KO so woo~!

Disables Comments and Ratings for the YouTube account. These colours are pretty neato, and also these.
Posted: 1/23/2014 9:32 AM
Quote

Well it can still go for that... Since I'm not up to Devil yet. Edit: As in I can do less input to save real-time
Disables Comments and Ratings for the YouTube account. These colours are pretty neato, and also these.
Posted: 1/23/2014 12:04 PM
Quote 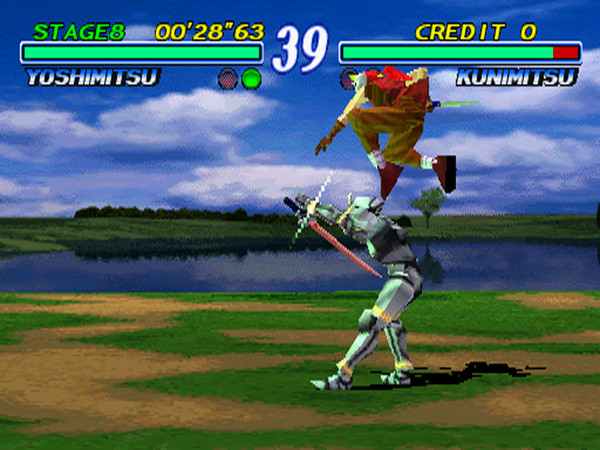 When I'm done with the TAS I will be looking over Law's and Jun's fights again for the millionth time seeing if there's a way to improve on it. Also Zeupar said go for in-game time so I guess we're going for in-game again
Disables Comments and Ratings for the YouTube account. These colours are pretty neato, and also these.
Posted: 1/24/2014 5:01 AM
(Edited: 1/29/2014 4:34 AM)
Post subject: Done but not over
Quote

input | Teh lua
Total in-game time: 35"98 (14"30 in-game Saved, 15.64 input saved) Link to video Completed with it... but as the subject says it's not over. Why? Well Lei and Jun needs to be improved from what I have. The Round 1 of Devil is not my favorite but it was the fastest I could get. There was the round that I got 99 frames (Round 2 King) which I am unable to replicate.

Disables Comments and Ratings for the YouTube account. These colours are pretty neato, and also these.
Posted: 1/24/2014 5:12 AM
Quote

And if that doesn't work with you, I'll let you draw with me. 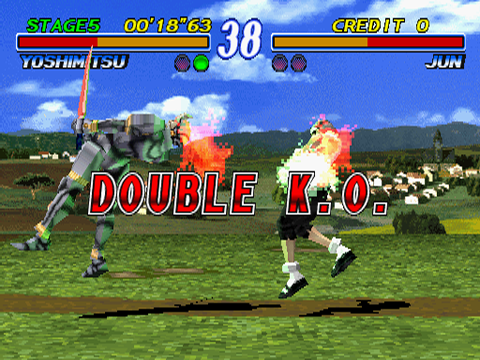 I did infact improve upon the Lei fight of round 1 from 179 to 147 (frame time). The issue is, is that the 101 King fight cannot be done and I gain more frames than loose meaning that the 32 frame saved is all lost. Should I submit with what I have or try and solve the issue?
Disables Comments and Ratings for the YouTube account. These colours are pretty neato, and also these.
1 2 3 4 7 8