Welcome, this is the discussion board of TASVideos.
If you have a question, please read the Site FAQ first to see if your question has already been answered.
Be sure your posts conform to Site Rules
We also have a Discord server and an IRC channel #tasvideos at irc.libera.chat...
Vote: Did you find this movie entertaining? (Vote after watching!)
Submission Text Full Submission Page
This is a 23548 frames or 6m 32.46s improvement over the current movie.

I skip soul orb, a relic enables player to see the damages taken by enemies, though all existing CV HoD run take this item.

The route is much more optimized. Platinum Tip, Giant Bat fight, and Golem fight is skipped. I level up to 16 eventually in order to kill Blaze Skeleton in one hit at frame 25260.
I get Lucky Ring and Kaiser Mail. Kaiser Mail increases STR by 5, which affacts the damage to enemies. Lucky Ring does not only increase LCK, which affacts the probability of meating rare ghost, but also increases the probability of critical hit.
If Juste do a dash jump, double jump, throw any sub weapon, high jump to the opposite direction when Juste is closed to the ceiling, and do any attack movement, Juste will move with a x-accelerated speed of 0.25px/f. I use this tech at frame 32850, for the ceiling is far from the floor and other accelerating glitch do not apply.
After Dracula 2nd form fight, it is possible to skip the orb and enter the outdoor scene directly, by zipping out the boss room when Dracula die. This tech is provided by gstick.


(Link to video)
Note: This encode used cheat to show the damage taken by enemies.
Masterjun: Judging.
Masterjun: Wow.
Accepting to Moons as an improvement to the previous run.
Fog: Processing for Stovent.

Experienced Forum User, Experienced player (764)
Joined: 10/13/2014
Posts: 408
Location: nowhereatthemiddleofnoone
I have already watching the current movie by McBobX, and it's a furious run, i love! I'll can vote, without watching this, because you make a good improvement! Wait an video encode or than your run, is published.
GAW sms... Totally destroyed
Posted: 7/1/2017 8:34 AM
Quote

As usual for an HoD run, Juste's crazy movement and zips all over the place were out of this world. Sadly, the constant equipping of the Floating Boots killed the pace somewhat, but it got better later on. Still, I'm voting yes for a monumental improvement to a great run.
Posted: 7/1/2017 8:20 PM
Quote

Experienced Forum User, Experienced player (509)
Joined: 11/18/2011
Posts: 241
Location: Morocco
I once heard from you from the forum that you found a 2 minutes improvements over my run, I surprised back then. Now, this surprising time almost killed me. EXCELLENT IMPROVEMENTS. KILL MY RUN, lol. It is obvious, I'm voting yes. Btw, I want to improve the any% run, but I need the cheat code that allows seeing enemy's damage since Soul Orb will be skipped of course. Can you please write the cheat address?
I still learn more about English. https://www.youtube.com/user/McBobX100
Posted: 7/2/2017 6:13 AM
Quote 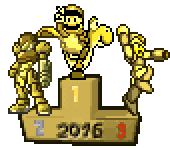 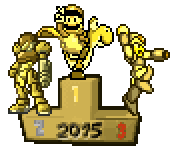 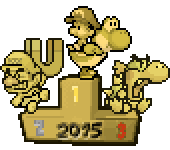 Holy smokes. These GBA Castlevania runs are getting a little out of hand. Nice work, hellagels. This is probably my favorite TAS so far this year. Voted yes.
Posted: 7/2/2017 4:12 PM
Quote

That one was very surprising and although I am a bit late to throw in my vote, I will say that this was a very pleasant surprise and I was very much entertained. Excellent job, hellagels!
Current projects: failing at life Samsara <3, Memory, and fsvgm777 are my sisters! <3
Posted: 7/10/2017 7:58 PM
Quote 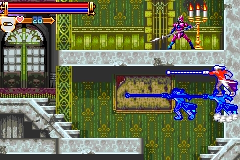 Experienced Forum User
Joined: 8/7/2011
Posts: 166
My least favorite of the 7 Metroid style Castlevanias, yet probably the most fun to watch a TAS of because of how the game can be completely and utterly broken. Yes. (Excluding Game End Glitch, Demonstration and Corrupts Memory branch runs, is there any TAS that breaks the game more than the GBA/DS Castlevania runs? Even Gen 1 Pokemon takes a while to get totally broken.)
Posted: 7/19/2017 3:46 PM
Post subject: Movie published
Quote

Joined: 8/22/2008
Posts: 118
Location: KUUSANKOSKI, Finland
Exactly. This TAS broke the game "nicely" without any(?) graphical glitches. Gets my vote.