Game Boy Camera features a credits roll that can be accessed only after beating the hidden minigame "RUN! RUN! RUN!", which also needs to be unlocked by beating three loops of the minigame "Space Fever II" (or achieve 2000 points? I'm not sure).

All enemies appear on a fixed timer, you can't speed them up. The only thing you can do is beating the boss as fast as possible. In order to do this, I make sure that the first hit is two bullets shot, and avoid hitting the boss from the sides (the boss hitbox is simply a square). Right after beating the 3rd loop, I press B button to commit suicide, because you need to restart the play in order to access the other minigames.

Mash A button to build running speed as soon as possible. Avoid the obstacles by jumping with B, then mash B to fall slower. When you land you lose speed, except if you jump again in the same frame you land. Some basic routing was necessary for optimizing subpixel and speed when touching the end line, in order for the playable character to walk outside of the screen sooner.

To Alyosha, for implementing the ROM mapper in GBHawk. Without, this TAS wouldn't have been possible to make.
Noxxa: Claiming for judgment.
Noxxa: Rejecting because the movie goal violates the movie rules. Don't to it!
feos: We worked really hard on doing absolutely nothing, and it helped us make this movie obey the rules, or at least that's what people claim. Let's find out if it's still bad enough to deserve punishment...
feos: The menu to watch the credits is available if you press Start, but indeed the credits won't roll unless you complete the racing game.
The shooting game doesn't have its own ending, but it has an option to progress further by shooting the ? ship whenever it appears, so we don't require to play it like regular ending-less games.
You can gain 1 point by shooting enemy bullets, but the score given by the 3rd boss is so high that I doubt that shooting those bullets is going to make a difference. To check that, the movie will have to be redone, otherwise it's hard to theorize an improvement here. Maybe it won't help even if you reach 2k before the 3rd boss. I'd leave this test for a future TAS iteration. I also checked bosses' HP and all bullets do hit them, none is obscured by projectiles.
There's a game on this cart where you need to juggle balls, but it doesn't look like you can speed them up by moving differently. Might be worth a shot for a max score run maybe? Other content in this game is about creativity and doesn't seem to relate to speedrunning.
Despite the 8 yes votes, there's barely anything too look at in these two games: really simplistic gameplay, no music and slow pace in the first game. Accepting this to Vault.
fsvgm777: Processing.

Joined: 4/20/2008
Posts: 458
are those default faces included with the game, or does this submission have camera data somehow included in the file?
A warb degombs the brangy. Your gitch zanks and leils the warb.
Posted: 4/2/2020 7:24 AM
Quote

The former. Any actual camera imaging support was not implemented in the emulation, and in my opinion there is no need.
my personal page - my YouTube channel - my GitHub - my Discord: ThunderAxe31#1512 <Masterjun> if you look at the "NES" in a weird angle, it actually clearly says "GBA"
Posted: 4/4/2020 11:51 AM
Quote

I'm not sure what to make of this movie honestly. A GB game where the main feature is the Camera, but the Camera isnt used at all in the TAS? What would even happen if you tried to take a picture during emulation? meh vote.
[14:15] <feos> WinDOES what DOSn't 12:33:44 PM <Mothrayas> "I got an oof with my game!" Mothrayas Today at 12:22: <Colin> thank you for supporting noble causes such as my feet MemoryTAS Today at 11:55 AM: you wouldn't know beauty if it slapped you in the face with a giant fish [Today at 4:51 PM] Mothrayas: although if you like your own tweets that's the online equivalent of sniffing your own farts and probably tells a lot about you as a person MemoryTAS Today at 7:01 PM: But I exert big staff energy honestly lol Samsara Today at 1:20 PM: wouldn't ACE in a real life TAS just stand for Actually Cease Existing
Posted: 5/20/2020 5:40 PM
Quote 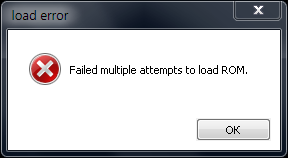 Warning: When making decisions, I try to collect as much data as possible before actually deciding. I try to abstract away and see the principles behind real world events and people's opinions. I try to generalize them and turn into something clear and reusable. I hate depending on unpredictable and having to make lottery guesses. Any problem can be solved by systems thinking and acting. If TASing is meta-play, TASVideos Movie Rules are meta-meta-play!
Posted: 5/20/2020 5:47 PM
Quote

Because you need to set GBHawk before launching the ROM.
my personal page - my YouTube channel - my GitHub - my Discord: ThunderAxe31#1512 <Masterjun> if you look at the "NES" in a weird angle, it actually clearly says "GBA"
Posted: 5/30/2020 5:34 PM
Post subject: Movie published
Quote