Welcome, this is the discussion board of TASVideos.
If you have a question, please read the Site FAQ first to see if your question has already been answered.
Be sure your posts conform to Site Rules
We also have a Discord server and an IRC channel #tasvideos at irc.libera.chat...
Vote: Did you like watching this movie? (Vote after watching!)
(Link to video)
Submission Text Full Submission Page

Panzer Bandit is a side-scrolling beat 'em up game that uses the same engine used in Mad Stalker: Full Metal Forth, also for the PlayStation. There is a total of 12 characters, including the four story characters and the eight unlockable bosses. The game is controlled with two attack buttons (strong and weak) and the directional pad for moving left, right, crouching, and jumping. Shoulder buttons can also be used to change between foreground and background and can be used to activate the character's special attack. An unusual aspect of the game is that if the player stands still during an attack, it is considered a guard. Other features include a combo counter and a guided elemental attack which launches an enemy.

Specific features of this game

This game has several unique features compared to other Beat 'em up games. The most notables ones for this TAS being :

In order to play the character Senka as Story Mode, you need to perform special command at option mode, the command i did is: Hold Select > ↑ ↓ → ← □ X △ O !

This stage has the same boss at my character to begin with, she will spam any QCF+Attack command to hit you, the best way to avoid it is just dash into it and you can perform Dash Switch when the Clash happend, lead you to hit her from the behind.

This boss is such a pain because he is really short, but also let you the whiff attack easier on him, lead you to perform over 30 hit combo on basic.

This boss had very long sword, and he love to spam Knockback Attack alot, you have to be careful not to get hit by that, using Heavy attack to get Clash happend, then using Dash again to perform Dash Switch into behind your enemy and keep using your combo !

This boss had Super Armor effect, so you need to be careful not to attack him at close range, he love to shoot the missle, the best way to beat him are just dash into him and keep throw alot

This boss is similar to Ein, but stronger and really love to throw bomb into you. Yeah but who care, keep using Knockback Attack in the air and keep spam throw until he's dead !

This stage has huge boss, but this boss is completely a big pain compared to Stage 1's boss, he has Super Armor but also can break your Combo even after getting hit alot. Keep running into behind him and using Knockback Attack on him from behind and repeat

One of the annoying boss you've ever seen, he has two form and you have to fight him 2 times. He Knockback is very fast and and it's hard to Clash on this one, however keep doing the same thing as previous stage since you're Senka anyway !

You're gonna fight all the 7 boss you've encounter before, but this time the first 6 boss have lower HP bar compared to their stages, but the 7th boss fight harder and has longer HP bar. After beating all of them, you'll fight the Jin. He is really strong but when you beat 1 HP bar of him, he's cannot got knockdown anymore after long combo and you can do infinite on him so enjoy it !

In this movie, you'll find out what you can do in this game and how crazy you can do a really long combo compared to other beat em up game, but also has alot of defensive option which you can't find at other game. The Jump Cancel ability in this game is the one that invented the famous Tiger Knee Cancel technique which is included on video game Bloody Roar Extreme, Fate/Unlimited Codes, and Street Fighter 4 ( C.Viper character only ) The Block mechanic in this game can allow you cancel into any moves which is dash, Knockback attack, Special Moves. This is why it's beat Beat 'em up game ever in Playstation. And btw, thanks for reading

I'm just going to break everything I saw down to keep it easy for everyone to know what I was thinking when I was watching this. Entering Options takes 4 frames, author does it in 5. Menuing and placing in the cheat for all characters is suboptimal. The sequence of input can be done in 13 frames, the author does it in 35 frames (this is including the changing the difficulty level as well). 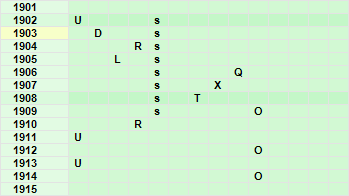 After that Story Mode can be selected in 3 frames, author does it in 6. These continued menuing issues continue throughout the TAS from selecting the character, and selecting the stages. This can be a sign for the low rerecord count where the author decided to make the movie as quickly as possible instead of taking their time. low% seems to be arbitrary and shouldn't be listed at all. This is apparent at the immediate start of Stage 3 (the first stage selected) when the author backtracks for some coins after defeating a wave of enemies. And also the high score that the author gets after defeating the wave of enemies due to combos. I personally got 3990 as my score after the first wave whereas the author got 9710 (both in Stage 3). As well as collecting the power-up immediately at the start of Stage 4. If you were playing "low%" shouldn't you be aiming for stock player stats? The mode can be played with 2 players as an additional note, does this change anything from playing in single player? The author classifies this as a "playaround" but I personally believe that is entirely unnecessary and believe it's probably more appropriate to branch this as "Story Mode". There are RTA runs that are faster than what's on display here if we remove the playaround element, and uses a default character; Kasumi. Which brings the question of; Which of the 12 characters is fastest to use?
Disables Comments and Ratings for the YouTube account. These colours are pretty neato, and also these.