(Link to video)
Some hate and some like this game, but one way or another its a very short and challenging game. TASing this game is very frustrating and manipulating the sequences of enemies is just a royal pain. I tried to make the manipulation as hard as possible to notice, sometimes its invisible like jumping on a very specific frame when its neccessary to do so for hitting an enemy or jumping on a ledge, while others require minute delays even one frame delays such as the one of the parts on the last level can cause fantastic results.
Some of the stuff may look unoptimized for reasons described above and the whole movie is a constant frame win and frame lose battle. There are 2-3 jumps in the movie which look unneccessary but its purely for manipulation purposes.
Improvements
Karate Tournament: 10 frames
I pretty much tested every theoretical frame here, the error in the previous movie was caused by trying to kick and punch at the earliest oportunity when it was faster to delay for a few frames which often caused hits to be landed 1-3 frames earlier,
Okinawa: 26 frames
I had to redo this level twice becuase the manipulation was getting so bad that I was begining to lose lots of frames the end result turned out great though
Typhoon Strikes: 6 frames
The most frustrating level of all, half of the level needed to be reiterated several times becuase of the enemy setup at the end. I managed to manipulate the right result via the turbo damage boosts and jumps at around 7170 around about where the screen shot is shown.
Last Fight Against Chozen: 124 frames
Enemies are stronger and more deadly, I'm able to use more effective combo's as well as improved manipulation
Overall improvement: 170 frames
Suggested Screenshot:

Suggested Description:
An extremely short game based on the Karate Kid movie. The author explains that some movements might not seem optimal, which is because the player has to avoid both entering bonus stages hidden everywhere around the levels and kicking bosses offscreen as well as the setup of enemies. If a boss goes offscreen, it regains all of its health, which of course isn't a good thing. Had the kid been this strong in the movie, then Miyagi may well have been Daniel's mentour.
This movie is a about a three second improvement over the previous run.
adelikat: Accepting for publication as an improvement to the current movie and processing.
NesVideoAgent: Hi! I am a robot. I took a few screenshots of this movie and placed them here. Oh! I also replaced the ROM name. 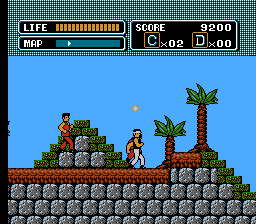 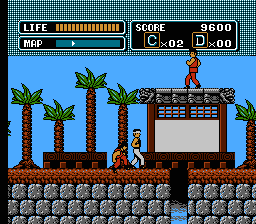 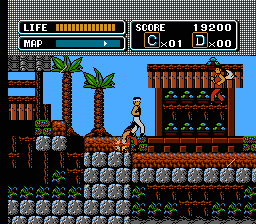 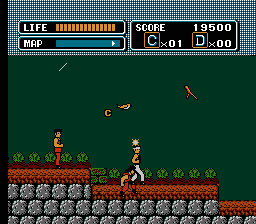 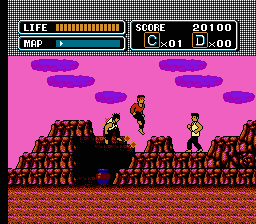 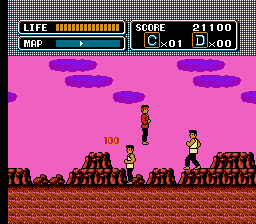 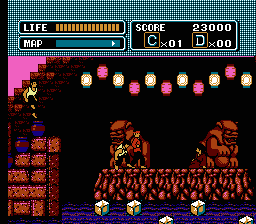 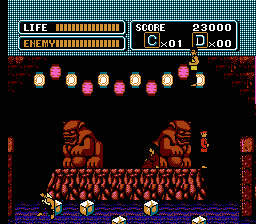 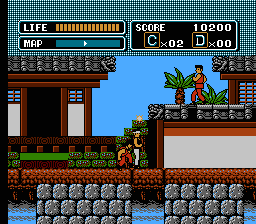 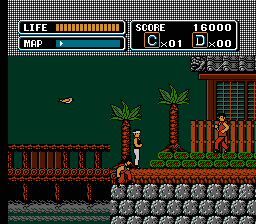 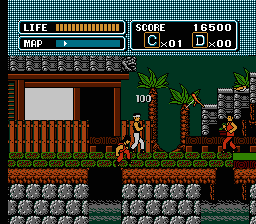 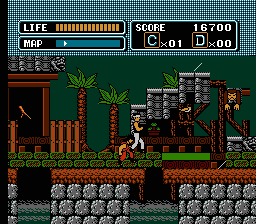 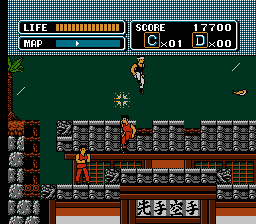 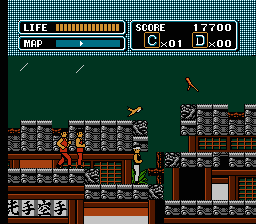 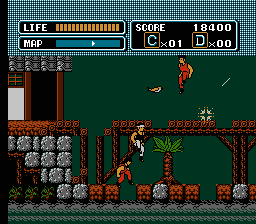 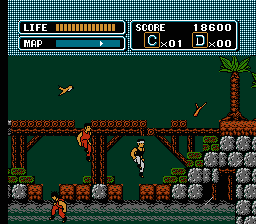