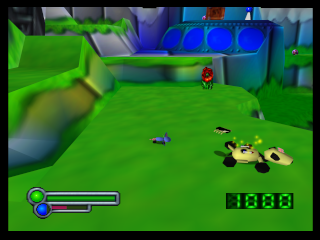 Watch
In Space Station Silicon Valley you play as Evo, a robot who has been sent to investigate a mysterious space station. Along the way, Evo loses his robot body and must inhabit the corpses of dead robot animals to survive. As you carry through the game you secure the space station and rebuild Evo's body.
The game features a variety of animals with unique abilities that must be used correctly to complete objectives within each level. Because no two animals are the same, many skips and glitches are only useful in one or two stages, so expect to see a wide variety of gameplay.
Here, mcill improves the previous movie by 05:51.72 minutes, primarily through improved movement and new strategies such as moving around during cutscenes. One major change is a New Animal Cutscene route, which performs levels out of order to allow skipping a cutscene.
There is an featuring audio commentary by the author.
There are also encodes of higher resolutions in the discussion thread.
The baseline tab shows the default movie beating the game as fast as possible without any special conditions.