Magical Taruruuto-Kun? I don't know what that means, but it is the name of this awesome platform game starring a baby wizard who can run, glide and cast spells.
I have no more words for describing this game, because it is so marvelous. It is a magnificent game for TASing.
The main weapon is a magic wand. You can hit enemies with it and grab/throw objects.
Gliding is the fastest way to move. I make a short glide in the beginning of every screen to achieve running speed immediately.
There are three spells in the game:
1) Temporal invulnerability (used once)
2) A spell that damages all enemies on screen (not used)
3) Sword spell (used once)

Well, this might be the best TAS I've made, although lag-reduction and other minor improvements are possible. I hope someone decides to improve it in the future.
I had lots of fun doing this, because this game is so full of joy. I hope you enjoy the movie!
Note: In GameFAQs the game is called Magical Taru Ruto-Kun, but the ROM is called Magical Taruruuto-Kun. I don't know which one is the correct title.
NesVideoAgent: Hi! I am a robot. I took a few screenshots of this movie and placed them here. I'm not sure I got the right ROM though. (I tried Magical Taruruuto-Kun (J) [!].gen, which was the closest match to what you wrote.) Well, here goes! Feel free to clean up the list. 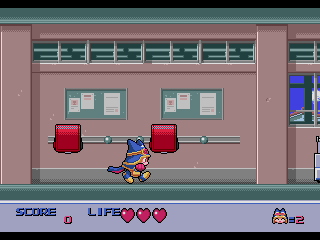 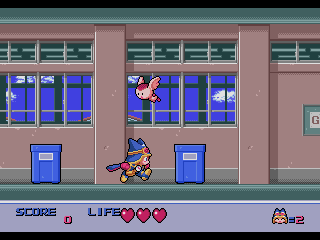 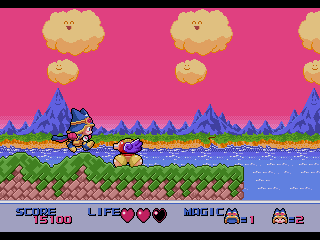 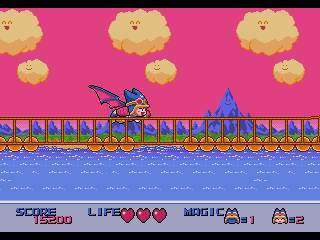 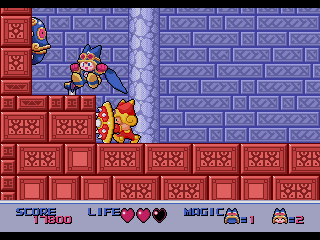 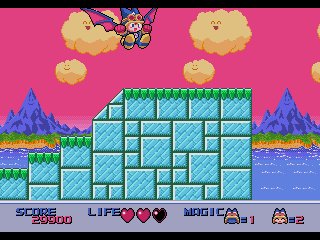 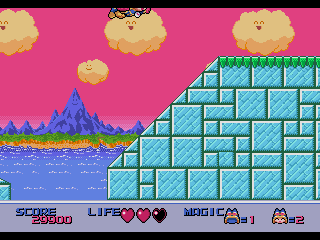 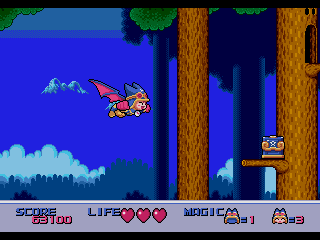 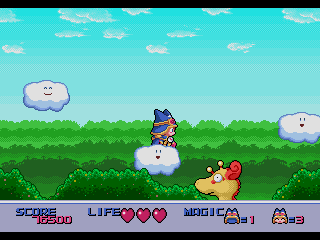 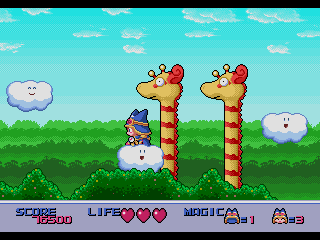 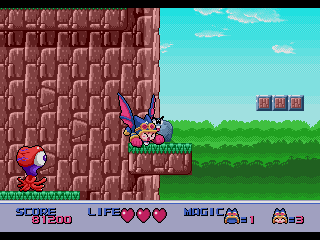 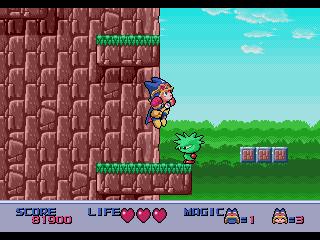 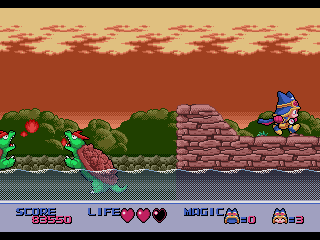 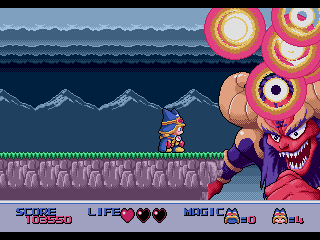 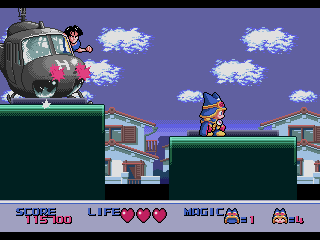 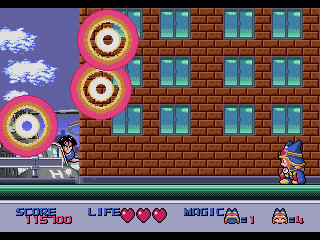 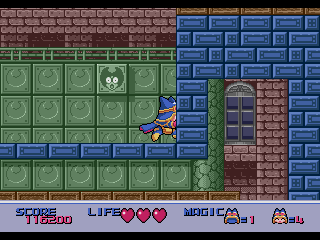 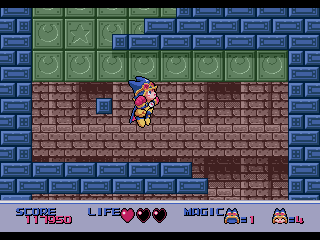 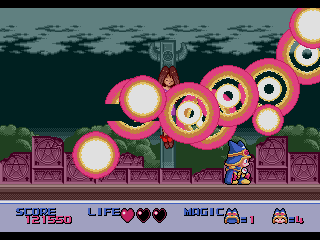