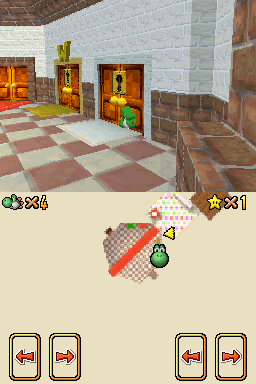 Published on 1/30/2012
Super Mario 64 DS is a remake of Super Mario 64 for the Nintendo DS, released in 2004 along with the system. It features improved graphics, new levels and playable characters, and most importantly in this case, a different "polish".
More importantly, it features different glitches than those featured in the runs of the original SM64.
In this run, MKDasher and ALAKTORN improve their previous movie by 04:32.49 by using several new glitches and tricks that allow them to finish the game while collecting only a single star.
Obsoletes:
DS Super Mario 64 DS by mkdasher & ALAKTORN in 14:23.34

Emulator Replay:
DeSmuME 9.0.7
Download (.dsm)
Webmasters, please don't link directly to the files. Link to this page or the front page instead.
Republication of movies from this site is only allowed under the following conditions:
Do not label them with speculations. If unsure, ask the site staff for details.