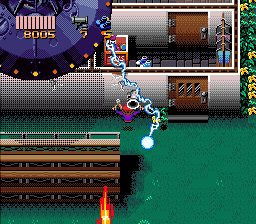 Watch
In this action horror game, one girl must kill 9 of her neighbors in order to go on the shoe collecting spree of a lifetime. No shoes are safe in Zombies Ate My Neighbors!
This run is faster than the previous run of the same, "1 player", branch by 02:44.73 due to aggressive luck manipulation aiming for speed shoes drops.
However, this run also obsoletes the "2 players" branch, because of how similar their action is, while here the overall pace is much faster and the movements are optimized tighter, so it obsoletes the other run by entertainment value.

SNES Zombies Ate My Neighbors "all victims saved" by Allbeert in 42:58.90 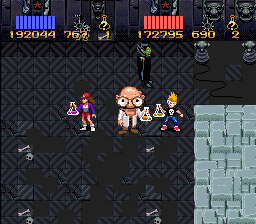 Watch
Zombies Ate My Neighbors (1993), also known simply as Zombies in PAL regions, is an overhead run-n-gun with a unique style and an unusual premise: instead of killing bosses per se, the protagonists need to save their hapless titular neighbors, referred to in the game simply as "victims", before classic horror movie monsters such as zombies and vampires get to them. Having all victims die to a monster attack incurs a game over, but saving at least one is enough to advance to the next stage.
There are ten victims in every stage (some have extras), and this TAS aims to save all of them—including one that normally isn't intended to be saved. Both playable characters are controlled simultaneously, and the levels are routed to minimize the score tallies. As usual, Speed Shoes drops are constantly manipulated so that every stage can be run through as quickly as possible.
This movie by Allbeert beats the previous record for this branch by 16:15.97. We also have a single-player any% that kills off all unnecessary victims ASAP to streamline the process and, thanks to that, cut the run time nearly in half.